Christmas cards – going out of fashion?

This month we’re indulging a bit by using this December issue front cover as a giant Christmas card to all our readers in the UK and across the world.

Sending Christmas cards seems to be going out of fashion. It might be the cost - second class stamps are 61p – or the time it takes in our busy lives. And then there’s the cheaper, buzzy, often light-hearted e-cards, with animated reindeer and falling snow which choke up your email before Christmas. Am I the only one that seem to end up opening these after Christmas?

But they’re not the same as the real thing. I actually like sending and receiving Christmas cards - there’s something comforting seeing the familiar handwriting of someone you have known for years. And it might be your only contact with them all year!

Reassuringly, there are still about one billion Christmas cards sent every year in the UK so a digital Christmas is a way off yet, I hope.

As this issue prepared to go to press, there was the sad news of long-established timber company Snows Timber going into administration. The 200-year-old business was the subject of a management buyout earlier this year but despite considerable efforts by the team, cashflow problems ultimately meant it couldn’t continue.

Having visited the company in the spring and heard about its exciting plans, the news is an undoubted hammer blow to dozens of staff that have lost their jobs. We have been seeing a slowdown in many sectors over recent months and it’s possible that further casualties may follow. More certainty over the direction of Brexit would certainly help overall confidence levels.

Some startling comments about tropical timber and certification were shared at the TTF forum.

A decrease in FSC certification in some overseas hardwood producing countries was reported because suppliers are apparently finding it difficult getting extra money for the certified timber. Bolivia is one country cited as an example.

Speaker Hank Marchal told delegates that if certification was to succeed, a far more realistic message was that it would enable greater market access, not that it would make more money per se.

And TTJ consultant editor Mike Jeffree, who is also the Independent Market Monitor’s (IMM) UK correspondent, told the forum that the overall area of certified forest globally actually fell in 2018.

While FLEGT VPA licensed timber has clear potential in the market, only Indonesia has a system up and running, so it’s too early to say whether it’s making a difference, he added. Food for thought.

I’d like to sign off 2019 by wishing all our readers and their families a very happy Christmas! 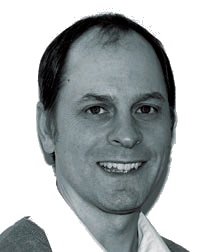