One year after banning the use of combustible materials for high-rise buildings, the government reviewed the effectiveness of its decision. This review included a survey of 100 relevant stakeholder organisations. A staggering proportion believed the wording of the ban and associated guidance need to be amended to improve clarity – it was felt that the legislation was confusing and causing technical specification problems. This has certainly been reflected in the nature of enquiries received by the TDCA – with over the top decisions sometimes being taken to unnecessarily remove or omit wood from projects unaffected by the ban.

Following the review there is now a government consultation on proposed changes to the Regulations with a deadline of April 13. Notably, the government is seeking opinions on whether the 18m height threshold for non-combustible materials should be reduced to 11m or lower. The classification of building types affected by the legislation is also a topic for debate, with the possibility of expanding the ban’s scope.

Any changes have potential to further impact on both the timber decking and cladding markets, including timber on balconies – classed as ‘specified attachments to the external wall’. Whilst the high-rise market for these components is relatively small, it is the knock-on effect to projects outside the ban that is most worrying. It has created a risk averse specification culture where it’s simpler to avoid using wood at all.

Extending the ban could be counter-productive, driving construction to use more unsustainable materials when use of wood could significantly help tackle the climate emergency.

There’s serious concern that the legislation is not actually doing anything to improve the fire safety of buildings because of its lack of clarity. There’s an argument here instead for stronger enforcement of building regulations and the use of risk assessments – as embodied in the CDM (Construction Design and Management) regulations – a view recently reinforced by the Ministry of Housing, Communities & Local Government (MHCLG) in a circular letter sent to Building Control in England and Wales.

It’s also notable that the legislation is focused on two terms: ‘combustible’ and ‘non-combustible’ With timber being classed as combustible it falls into the same generic group as highly contentious and flammable non-timber cladding products. Yet, the ‘reaction to fire’ properties of timber can be significantly improved with factoryapplied flame retardant technologies, achieving a Euroclass B rating (very limited lateral spread of flame). It’s a point not even considered by the original ban.

Trade bodies must collaborate to produce an authoritative, cohesive response. TDCA is working closely with members of the CTI (Confederation of Timber Industries) and our key strategic partners TTF and WPA and consulting with members.

All buildings should be safe for users. We accept that buildings over 18m pose a ‘special case’ in terms of safety measures. But we believe timber remains an excellent material for manufacture and construction and that timber cladding provides a safe, effective facade material when designed and installed correctly.

Risk assessment, specification and detailing are nevertheless paramount to ensuring safety whatever the building height. 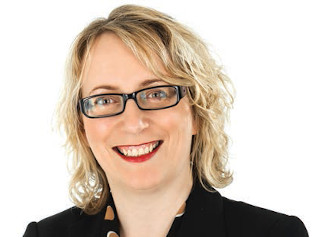