Let’s get to the crux straight from the outset; C16 and C24 are not strength grades!

How easily incorrectness can slip in to common parlance – I know because I have heard the term used by one who has long been in the timber trade. As is my wont ahead of trotting out these articles I have been having an internet browse and again, because of what I came across, have been diverted from my original topic – wood quality and tree age – which I will get around to in the fullness of time. Indeed, one aspect of wood quality is how it relates to strength and for which, over many years and in many locations, as well you know, strength grading has been variously developed according to local custom and practice. And that is why ‘strength classes’ were devised.

Now, there is one quirk in all of this which might just perhaps have caused the confusion in the use of the terminology as the general turn-of-phrase is ‘machine strength grading’ and with ‘machine control’ systems, the method commonly applied throughout Europe, the machines, calibrated according to predetermined settings, ‘grade’ directly to a strength class. Conversely in North America ‘output control’ is the norm producing grades which are defined by strength and stiffness, for example 1650fb-1.5E which when allocated in accordance with the strength class system is C24.

The proliferation of national visual strength grading rules and the resultant plethora of strength grades gave rise to the introduction of strength classes which, whilst it can adversely affect the load carrying capacity of strength grades* it facilitates specification, stocking, selection and supply.

To take advantage of the optimum structural performance of timber, designers can still use the characteristic values of named grades and species, most useful for example when a widely available higher value strength grade just misses being allocated to the next higher strength class – not quite making it into C35, at C30 that’s effectively a 16% ‘penalty’, which is the downside of the strength class system as I noted, *although not quite correctly, above. 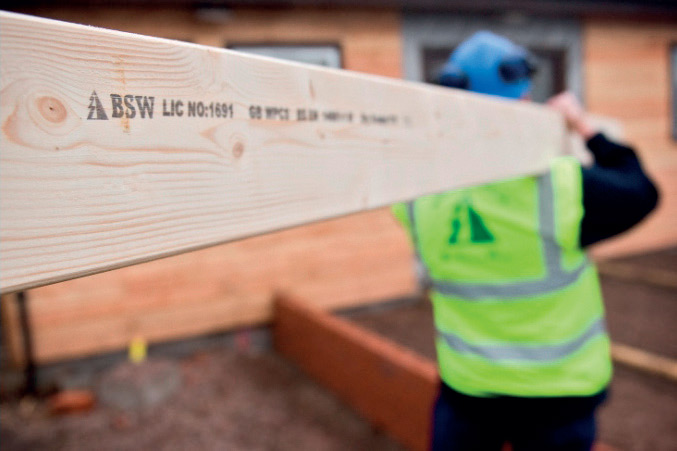