Lawrence Young, chairman of the Structural Timber Association, discusses the market for building with wood in the UK

According to latest figures, housing starts in the UK as a whole were down by 9.5% in 2012, to 124,450. However, during this time, timber's share of the UK housing market increased to 23.6% - up from 22.8% the previous year. This is creeping back towards the high point of 24.5% our sector held in 2008, prior to the financial crash and collapse in the housing market. But not content with returning to this level, the Structural Timber Association (STA) is now targeting 30% market share for the sector.

Many members have already reported a significant increase in enquiries over the past nine months, especially in the latter half of 2013. This increase can likely be linked to the government's support schemes for the housing market finally coming on-stream, combined with the well-publicised shortages experienced by brick and block producers. Both the £6bn Help to Buy scheme and £12bn-worth of mortgage guarantees have helped market confidence, and the resulting increase in demand seems to have caught our competitors by surprise, with some housebuilders being quoted lead times of almost six months on brick and block orders. Rather than waiting, many have investigated using timber instead, because of its ability to meet their needs quickly and efficiently. This is good news for the here and now, but the STA is also focused on ensuring longterm gains from the upturn by creating a sustainable recovery for our sector.

Although the upturn has clearly benefited timber construction, it has also generated challenges for the industry, with late payment and a skills gap high on the list.

In December 2013 the Construction Industry Training Board (CITB) announced that 42% of construction firms were struggling to recruit workers with the right skills, while a Chartered Institute of Building (CIOB) survey revealed that 82% of respondents believe a skills shortage exists.

Although this poses an ongoing issue for the entire sector, it is an immediate threat to the timber industry as we try to increase our market share. We lost a lot of people during the recession, and we also struggle to compete with more 'glamorous' trades in attracting young people. We need to work on bringing in more school leavers and apprentices, while also providing training and development for existing employees.

To tackle this problem, the STA has been working closely with the CITB to improve the skills of the Association's erector members, through our successful Erector Mentoring Programme. This scheme was put in place to improve the general business skills of 15 erector member companies, most of which have seen their businesses expand and bottom lines grow.

This has proved so successful that the STA successfully applied for further funding to extend the scheme, with additional companies coming on board in 2014.

Late payment also continues to be a key issue. At our AGM in May, Suzannah Nichol of the National Specialist Contractors Council (NSCC), highlighted the lack of payment terms in construction contracts. It was astounding to see how many of our members have had issues in this area.

Ms Nichol highlighted how a casual approach to payments was hampering growth and progress in our sector, with some successful companies folding in the past year because of cash flow issues. This is an issue the STA is tackling head on. We have joined the NSCC and are asking members to consider adopting the principles of the Supply Chain Payment Charter. Implementing fair payment throughout the supply chain benefits everyone in the construction process, and we are working with the NSCC to help achieve best practice, industry-wide.

The charter sets out 11 'fair payments commitments', which includes a pledge to reduce payment terms to a supply chain to 30 days from January 2018. Other commitments include not withholding cash retentions, not delaying or withholding payments, and making payments electronically. Some industry 'big-hitters' have already signed up, including Barratt Developments, Laing O'Rourke and Skanska, and we are excited to be joining them in this initiative.

More positive news came earlier this year with the announcement from hotel and restaurant giant Whitbread that it will now only use the products and services of STA members in timber-based projects. The company operates brands including Premier Inn, Costa Coffee and Brewers Fayre and builds and manages hundreds of properties across the UK. Their backing for the STA was a real coup and we're confident that other big companies will follow suit. In fact, similar agreements are already in the pipeline.

Chris Foad, head of construction process and estate expansion at Whitbread, said its decision was made to ensure that materials and services for its timber-based developments would be of the highest quality, while also being sustainably sourced and competitively priced. Other factors behind the move included the STA's "strict membership conditions, its stance on CE marking and investment in skills and training".

The last year also saw our rebrand from the UK Timber Frame Association. The intention behind this was to create a stronger voice for the timber frame and structural timber industry in the UK. Another factor was recognition of the fact that many of our members now work with and produce hybrid structural timber solutions, including glulam, CLT and SIPs, alongside timber frame. As a result of the rebrand, we have had many new members join, including the full membership of UKSIPs, which folded as an organisation at the start of April. This move saw Peter Barr of SIPCO, and former vice-chairman of UKSIPs, joining the STA's board.

By joining forces in this way, we feel that we are growing our influence and demonstrating the diversity that our various technologies have within the construction industry as a whole. 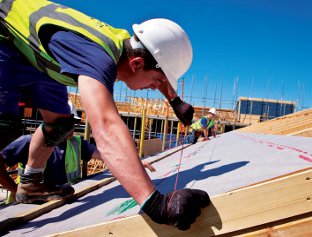 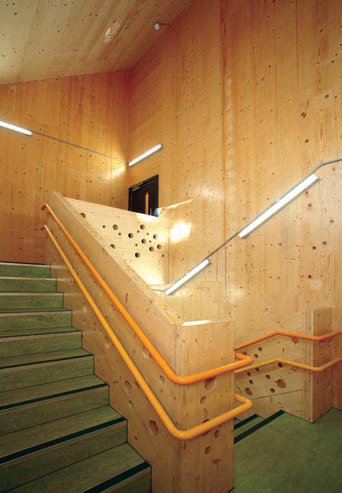 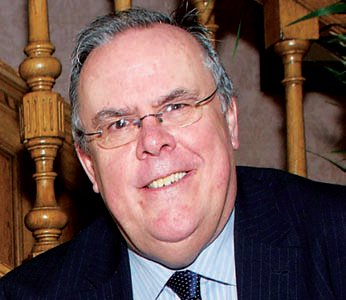