The Västerås-based company has been in business for 30 years, the last 15 of which have shown exponential growth. Woodsafe covers the whole of Scandinavia but the projects it has been involved in extend much further – to Greece, Iceland, Greenland, Turkey and Italy, for example.

Its FR treatments already protect 1,200 projects in Europe per year, including a number of landmark buildings, such as Mjöstornet, the world’s tallest timber building and the oak roof at Oslo’s Gardemoen PirNord airport, both in Norway.

In its native Sweden, other notable projects are the Cederhusen residential development in Stockholm, the Mall of Scandinavia in Solna and the Turning Torso conference centre in Malmö. It will also be involved with the Swedish Pavilion “The Forest” at the Dubai World Expo 2021.

So why turn its gaze on the UK market? “The UK is the largest market in Europe in terms of fire retardant wood products,” said Thomas Bengtsson, chief executive officer. “We also know that many of the big architectural practices have their head offices in London and they work throughout the world. Our goal is to improve their knowledge of fire treatments and regulations.”

Woodsafe Timber Protection currently treats 12,000-15,000m3 per year. It doesn’t have a target volume in mind with the UK market but says it has the capacity to double its annual throughput “with no problem”.

“We invest in new machinery and kilns all the time and we are actually putting in new capacity now,” said Mr Bengtsson.

Investment over the last year was in the region of €2.5m and included a new 2.5m x 8m stainless steel vacuum autoclave, which was installed in January 2019. “We designed it ourselves and it is unique in the market,” said Mr Bengtsson. “It is a very special plant and has everything you could wish for as an operator.”

This brings the number of vacuum autoclaves at the Västerås factory to two (the other is 2m x 13m). The factory also has four specially designed drying chambers.

Woodsafe uses Koppers chemicals, which it has tested and certificated itself and offers under the brand names Woodsafe PRO, Woodsafe Exterior WFX and Woodsafe PRO Plywood. Fixation of the fire retardant in the treatment tank is achieved through a specially developed KDAT process.

Woodsafe PRO is a flame retardant wood method for interior and exterior use and is used as facade cladding in multi-storey dwellings that are to be surface treated with traditional facade paint, ceiling ducts, interior wall and ceiling cladding and acoustic applications (such as thin wooden boards, perforated plywood and in vehicles).

It is available in a number of wood types such as pine, spruce, oak, larch, cedar, birch, ash, maple, poplar, thermowood and in plywood as spruce, birch and poplar.

It is available for wood such as cedar, larch, spruce, frake, oak, ayous and poplar and for modified timber such as thermowood, Accoya and Platowood.

The company says it is the only flame retardant impregnated wood product in Europe with waterproof and maintenance-free properties against fire, which is CE certified according to the CPR 305/2011, EN14915: 2013 and type approved by the Swedish National Board of Housing, Building and Planning (SFS 2010: 900), PBL according to EN16755 EXT.

Woodsafe PRO PLY fire protection can be used as interior cladding in a variety of smooth discs, perforation patterns and sheathed ribs for acoustics.

It is delivered exclusively from premium partners, as wood-based boards must always be calibrated after impregnation, and is made for uses such as the offshore industry and the transport sector.

Woodsafe PRO PLY is available in several variants of plywood such as birch, pine, fir and poplar and is manufactured in accordance with the CPR 305/2011, it is performance-declared and CE-certified according to EN13986:2004+A1:2015. It is also available in Kerto-Q and Kerto-S LVL on request.

In addition to its certification credentials – including the CE mark, ISO 9001 and ISO 14001 – the company has been an approved treater member of the UK’s Wood Protection Association (WPA) for about 18 months and it has recently joined the Timber Trade Federation and the Timber Cladding & Decking Association.

“It’s important to be in the market and to hear what people are discussing,” said Mr Bengtsson, adding that when the Covid-19 travel restrictions are eased he intends travelling to the UK to meet with the “six or seven” companies that have already expressed an interest in working with Woodsafe.

The education process will also begin in earnest then, with the hope that meetings and seminars involving architects and specifiers can be hosted.

“The UK has the same problem we have in Sweden in that not enough people understand fire retardant treatments and how to read documentation. This leads to them using the wrong products. They’ll use a product designed for interior use in an exterior application, for example.

“We are going to keep working to spread the right information.”

The company is “actively seeking” collaboration partners in the UK and already has an established working relationship with Sodra Wood Ltd and Stora Enso.

“We don’t want to sell direct to the end customer, the builder, for example,” said Mr Bengtsson. “We are looking to work with companies that already know something about fire retardant treatments, such as sawmills and importer/distributors.”

He added that the company has just launched its “ALL-IN-ONE” concept into the UK. This is a unique value chain where the processing of wood raw material into finished high-end products is quality assured by the same supplier at every stage.

“The concept brings together the entire supply chain for flame retardant wood under one roof,” said Mr Bengtsson. 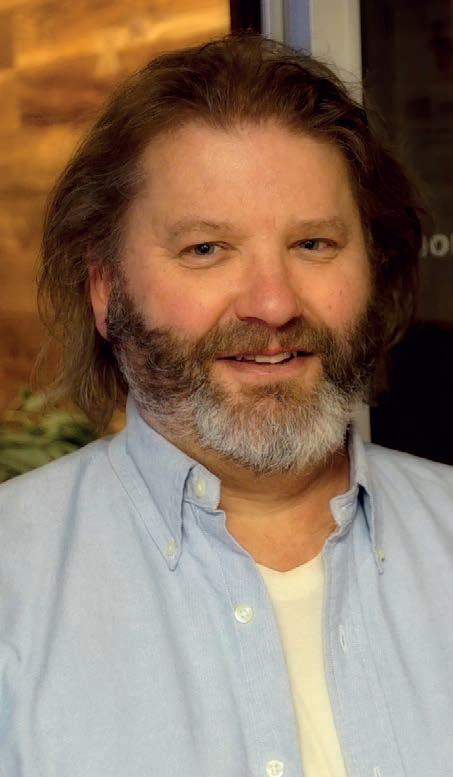 This stainless steel autoclave was installed in January 2019 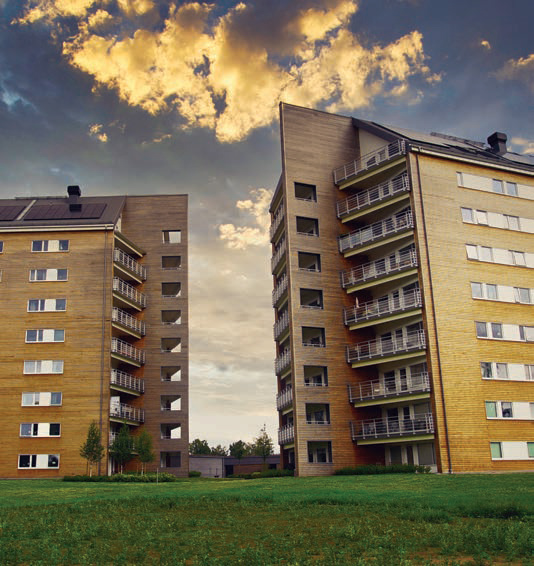