Josh Burbidge, managing director of the Archwood Group, has spoken out about the pressures companies are facing from long delays and extra costs due to Brexit and urges a more “streamlined” approach to paperwork.

He said that Archwood Group is experiencing major challenges with its exports to the Republic of Ireland since the UK left the EU and the issues are having an impact on the group’s trading brands: Richard Burbidge, a manufacturer and supplier of stairparts, decking accessories and decorative mouldings, and Atkinson & Kirby, which makes and supplies premium hardwood flooring.

Archwood Group took steps to prepare for the UK leaving the EU customs union and single market at the end of last year but has still found itself facing significant disruption to its business.

“Our exports to Ireland have caused the most challenges, with our goods being held up at the border between Northern Ireland and the Republic of Ireland for around three weeks,” said Mr Burbidge.

“Initially, the issue concerned what information was required and in what format for the customs declarations. For example, the HMRC system needed to be updated because our goods had been incorrectly flagged as needing phytosanitary documentation. This is an official document required when shipping regulated things, such as plants, so shouldn’t be required for our products. But because of this our products are being held at the border for around three weeks until the orders are reclassified.

“We continue to face delays of our products reaching the Republic of Ireland because the customs paperwork is taking a long time to process, which adds to our costs.”

The company is also having to bear the cost of using special heat-treated ISPM pallets to transport products over the border, with the prices for these rising significantly. And the rules of origin have complicated matters further because Archwood Group’s customers now face import duty for products the company buys from outside the UK, such as plastic mouldings.

To overcome the challenges, the Archwood Group is working closely with its freight partners, as well as its bigger customers and nationwide merchants to work out the best way to supply stores and home-delivery depots.

However, these challenges are adding extra pressure on top of the demands the company is facing because of the ongoing Covid-19 pandemic.

“Last year, much of the focus for our business had shifted to dealing with the demands of the pandemic. For many months, all talk of Brexit had disappeared while businesses grappled with the Covid-19 crisis.

“But now the disruptions we face are twofold, with Brexit and coronavirus having an impact. The pressure on our supply chain teams has been significant and continues to be a challenge.

“We’re currently having to cover the additional costs from delivered duty paid (DDP), which means we must deliver the goods at our own expense and pay all duties. But our products aren’t priced in a way that means we can cover a lot of extra costs, so we’ll unfortunately have to look at an additional charge or tax for our customers to pay for this.

“Moving forward, we’d like to see more alignment between the UK and the Republic of Ireland on what paperwork is required, rather than asking businesses like ours for certificates that aren’t relevant to what we’re exporting.

“If we don’t find a way to reduce the cost of transit, it will challenge many businesses, especially those with low margins. It’s an unwanted burden in already difficult times.

“We keep up-to-date with government advice and have attended multiple webinars providing guidance on Brexit. But a lot of this advice has been generic and has often left us searching for answers on certain aspects of post-Brexit trade. Ultimately, despite this guidance, there has been mass confusion post-Brexit, and more needs to be done to help businesses like ours.”

The Archwood Group had received no contact from the government but the Timber Trade Federation (TTF) and the Confederation of British Industry (CBI) have been helping and supporting the company with the issues it’s facing.

“The issues highlighted by Archwood are indicative of those faced by hundreds, if not thousands, of small to medium sized businesses across the UK,” said David Hopkins, TTF chief executive.

“The costs can be carried and spread more easily by larger firms delivering larger orders. But, the costs are the same for each one of the multiple smaller deliveries that companies like Archwood are making across borders. They obviously want to keep their customers in those countries so face a choice between increased costs and lower margins or losing business altogether. This is not a recipe for business growth.

“The TTF has been supporting members with guidance and information, and also lobbying government to recognise the pressures that businesses are under,” continued Mr Hopkins. “At some point, the government needs to put pragmatism before hard-nosed ideology and show that it wants to support UK business, not put up barriers to hinder their prospects.” 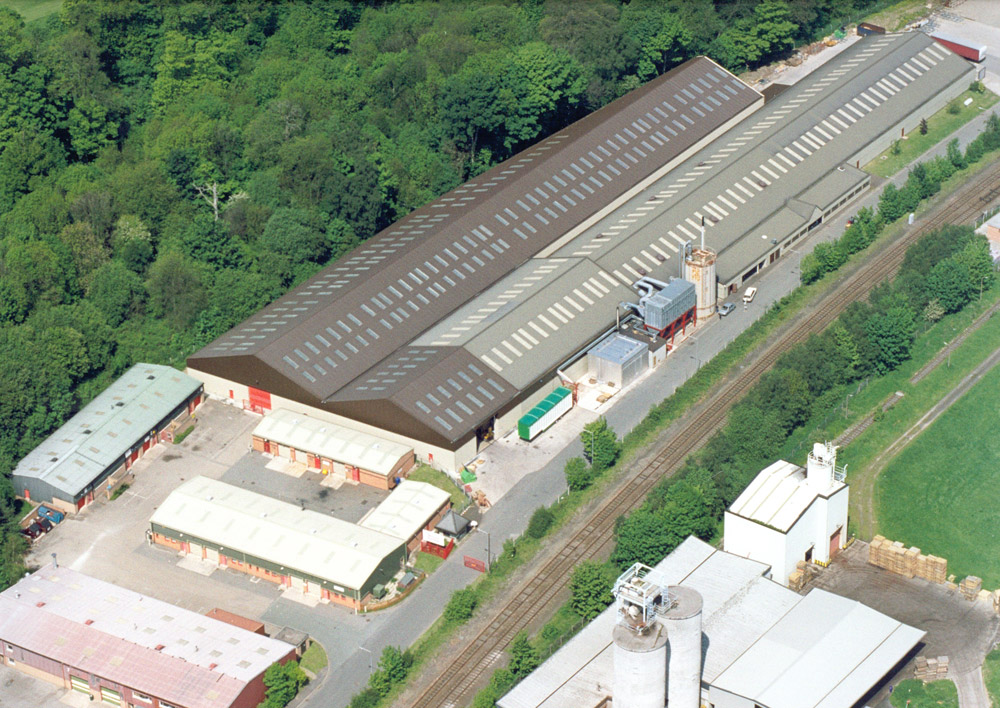