Dematic Academy to exhibit at IMHX

Dematic is to extend its presence at IMHX 2019 by taking additional exhibition space for the Dematic Academy within the Skills Zone and by contributing to the Skills speaker programme.

In doing so, the company says it will demonstrate its commitment to maintaining and developing the skilled engineering workforce needed to future proof customer investments in automation.

“New intelligent technologies are set to transform the automated systems used within distribution and fulfilment centres and this will require a new generation of highly skilled engineers capable of maintaining advanced systems and ensuring on-site operational performance,” said Angela Holt, head of the Dematic Academy. “Through the Dematic Academy we will demonstrate to existing and potential customers that investing in Dematic’s advanced technology comes with future proofed engineering support.”

Speaking at the Skills conference (September 25), Darren Smith, senior technical trainer at Dematic, will give a presentation outlining his 32-year career path from Dematic engineering apprentice to his current position. Also speaking will be second year Dematic apprentice, Tom Ainsworth, who will offer the students perspective on the Dematic Academy and apprenticeship programme.

Continuing Dematic’s theme for the show – ‘The future of intelligent logistics’ – the Dematic Academy stand will offer visitors the chance to step into virtual reality by experiencing a VR pick-and-place game, with prizes to be won, along with an opportunity to get involved in programming an articulated picking robot by working with apprentices on problem solving tasks. A wide-screen display will also run video presentations on the Dematic Academy and the comprehensive learning and training courses available. 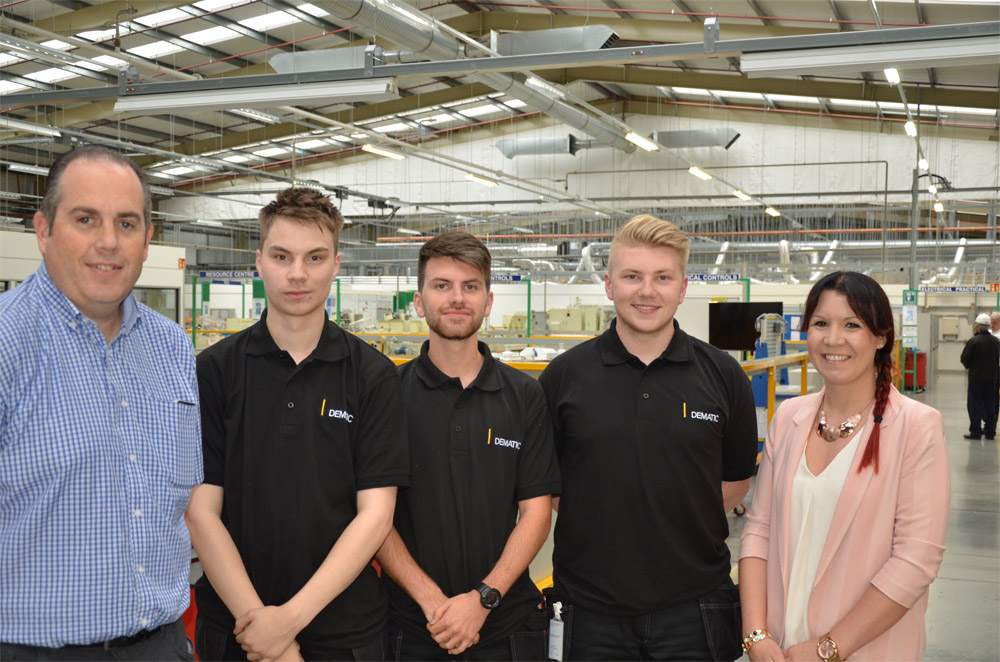