Tree planting must be made easier to encourage investment in Northumberland and offer new opportunities in the uplands after Brexit, a forestry summit has been told.

The event was held to discuss the role of forestry and wood processing in the Borderlands Growth Deal, which aims to revitalise five areas either side of the England/Scotland border – Northumberland, Cumbria, Dumfries & Galloway, the Scottish Borders and the city of Carlisle.

“We have the UK’s largest man-made forest on our doorstep [Kielder] but we are not doing enough; we are importing millions of tonnes of timber,” said councillor Peter Jackson, leader of Northumberland County Council, speaking at the meeting, which was hosted by EGGER in Hexham.

Despite Kielder, forest cover in Northumberland is just 8%, below the English average (10%) and UK average (13%). The EU average is around 35%.

“We are not doing enough in terms of production and the potential for Northumberland and the whole of the Borderlands area to do that is enormous,” said Mr Jackson.

He added that farmers in the uplands clearly faced challenges after Brexit and that forestry had a big part to play in the future of those areas.

“We support the need to plant more trees, as wood is one of the key raw materials required to manufacture our products,” said Simon Hart, EGGER Forestry business development manager.

“At Hexham, EGGER has invested approximately £250m in the site over the last decade to ensure it is one of the most technologically advanced chipboard plants in Europe.”

EGGER is the largest manufacturing employer in Northumberland, with over 600 employees. More than 100 lorries deliver roundwood, wood chips, sawdust and recycled wood every day for the company to make its products.

He said there were investors ready to put money into planting modern, multi-purpose forests, with Forestry Commission grants to support the investment, but added: “The problem is that it is really difficult to get permission to plant trees in the north of England, so people go to Scotland, where it is easier. The north of England is letting the opportunity slip between its fingers. From EGGER and the wider industry’s perspective, it’s a simple message: plant more trees.”

“There is a different attitude in Scotland. The presumption is that we should find ways to plant modern, multi-purpose and well-designed forests in the right places,” said Stuart Goodall, Confor chief executive.

EGGER has produced a document asking for the Borderlands Growth Deal to recognise the significance of forestry and wood processing to the north of England and south of Scotland. Other large wood processors in the Borderlands include A&J Scott near Wooler, BSW in Carlisle and James Jones & Sons in Lockerbie.

The document, supported by Confor and other forestry and wood processing businesses, calls for: a Forestry Investment Zone to stimulate new planting in Northumberland; a Strategic Timber Transport Fund for northern England to match the one working successfully in Scotland, to create new forest roads and reduce pressure on fragile rural roads; and a skills audit to plug future gaps in the industry, especially drivers of forest machines.

Janice Rose, who leads on the Borderlands Growth Deal for Northumberland County Council, said a skills audit for a range of sectors, including forestry, would be in a high-level summary of the deal, due to be launched this autumn by the UK and Scottish governments and five local authorities.

She said the team was also considering a timber transport officer role and that a pilot Forestry Investment Zone (FIZ) in north-west Cumbria could provide helpful feedback for future FIZs. 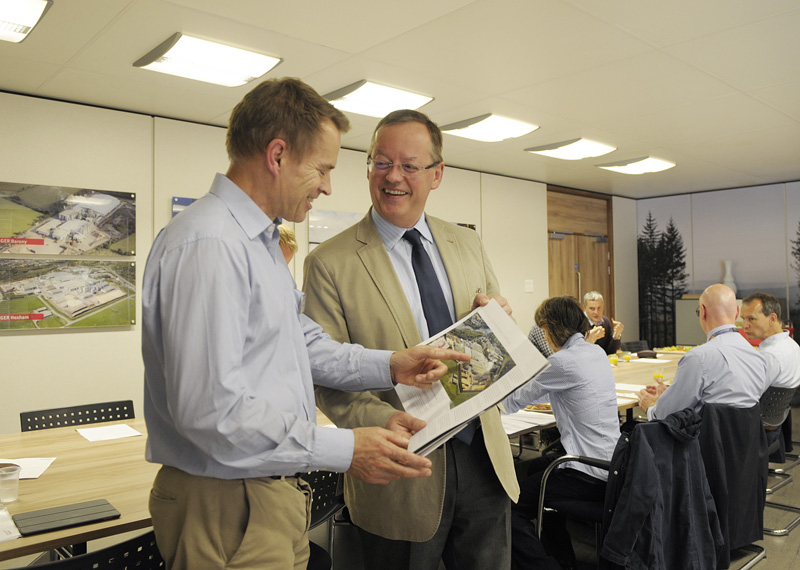