Glennon Brothers has celebrated the career of David Rodger, chief executive of its Windymains Timber sawmill, at a function to mark his retirement, in Carfraemill, on January 25.

David Rodger began his career in the forestry sector in 1973 with Riddochs, before spending several years in senior positions with BSW. He joined Glennon Brothers in 2006, as chief executive of Windymains Timber and played a key role in the acquisition of Adam Wilsons & Sons by Glennon Brothers in 2008. He also assumed responsibility for Adam Wilson, before announcing his retirement at the end of 2018.

Also speaking on the night, joint managing director, Mike Glennon, acknowledged “the legacy of great contributions from people who were no longer with us and who had dedicated their working lives to Glennon Brothers. Without these contributions, Glennon Brothers would not have survived the many challenges it has faced over its 100 years”.

The evening concluded with a presentation by the company to David Rodger to mark his retirement. 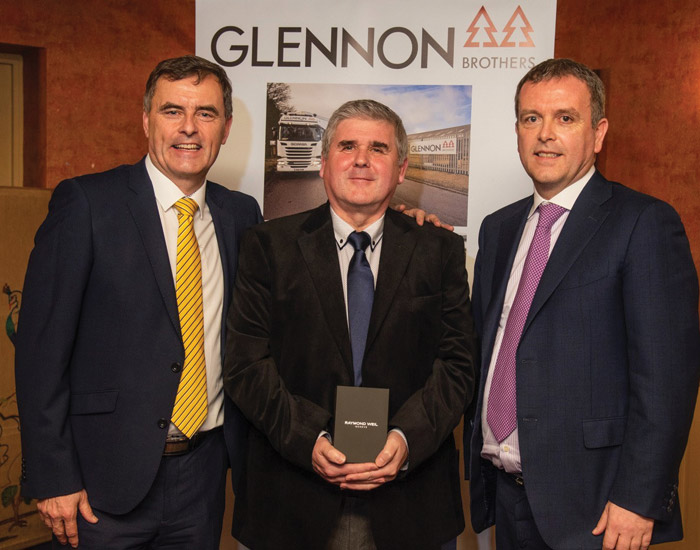