MAB Joinery has teamed up with the Leeds United Business Club, cementing its position within the local community through its association with the football club.

The company was formed by Mark Brooksbank in 2008 and is centered around commercial interior refurbishments. This three-year partnership with the Leeds United Business Club enables the company’s branding to be broadcast across the football club’s various available platforms.

As a Business Club member, MAB’s branding appears on the pitch-facing digital screens, on the crowd-facing LED boards; and on the StadiumTV and Statzone screens, both located within the concourses. It also appears on the club’s official social media feeds.

“I’m based about 10 minutes from the ground, so I know Leeds is obviously a massive city and there is such a huge potential for office refurbishment. I want to tap into it, so [the football club] seems like a good place to start,” said Mr Brooksbank. 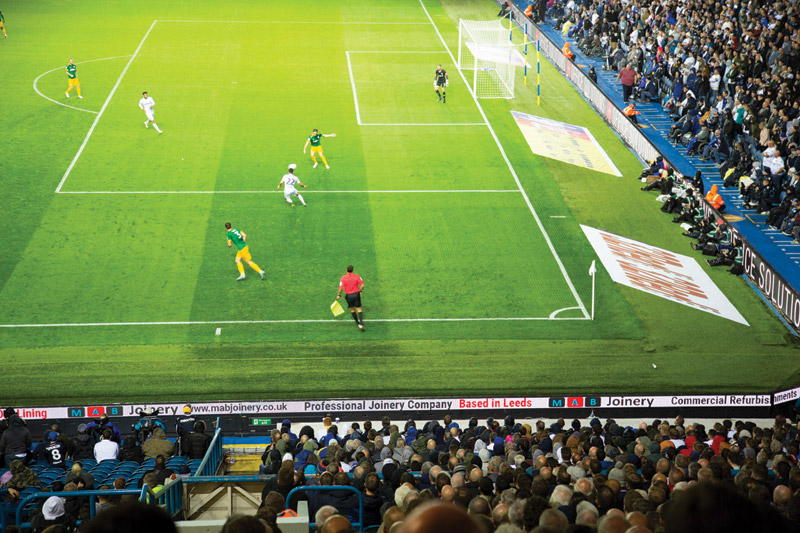