Modern forests can work for carbon - and nature

Planting and managing trees in the UK to produce wood can deliver biodiversity benefits as well as playing a vital role in the fight against climate change, a new report argues.

After forestry minister Lord Goldsmith called for a “colossal endeavour” to more than double existing planting rates by 2025, Confor has produced an analysis of evidence to show that forests planted in the UK for wood production have significant value as biodiversity habitats.

Policy researcher Eleanor Harris draws on a huge body of research and real-life case studies to argue that suitably-sited forests for wood production can deliver great benefits for wildlife – and that appropriate harvesting from native woodland can often enhance its biodiversity value.

She sought and received helpful feedback from a wide range of organisations on the Biodiversity, Forestry and Wood report, including Butterfly Conservation, British Trust for Ornithology and WWF Scotland.

“For many years, the biodiversity value of wood-producing forests and managed woodland of all types has been under-valued and under-recognised,” said Stuart Goodall, chief executive of Confor.

“As we face climate and nature emergencies, it’s vital that all suitable action is taken and that we base our actions on evidence. This analysis argues that well-managed forests can deliver positive climate and biodiversity benefits.”

The report highlights that producing more wood in the UK will also reduce pressure on fragile forests overseas – what Mr Goodall calls “a biodiversity double-whammy.” Currently, the UK imports 80% of its wood products – second only globally to China in terms of net imports.

“We want this report to stimulate debate,” added Mr Goodall. “To tackle massive societal challenges like the climate and nature crises, we have to be open to the evidence and act accordingly.

“We need to move on from traditional thinking of producing wood or supporting wildlife, to one of recognising how we can achieve win-wins.

“To meet the UK government’s hugely ambitious target (30,000ha of new woodland every year by 2025), we need to have the confidence to embrace all types of new planting.

“Modern productive forests avoid trade-offs between tackling climate change or promoting biodiversity. They also deliver green jobs, economic growth at a time of recession and the low-carbon, renewable wood products that we use so much in our daily lives.

“I recognise the criticism of how some forests were planted last century. My call is for people to judge the sector on the forests we are planting now.”

“With this report we want to inform the debate, to add another string to the bow of efforts to tackle climate change and promote nature, and to focus energy on solutions and action,” said Mr Goodall. 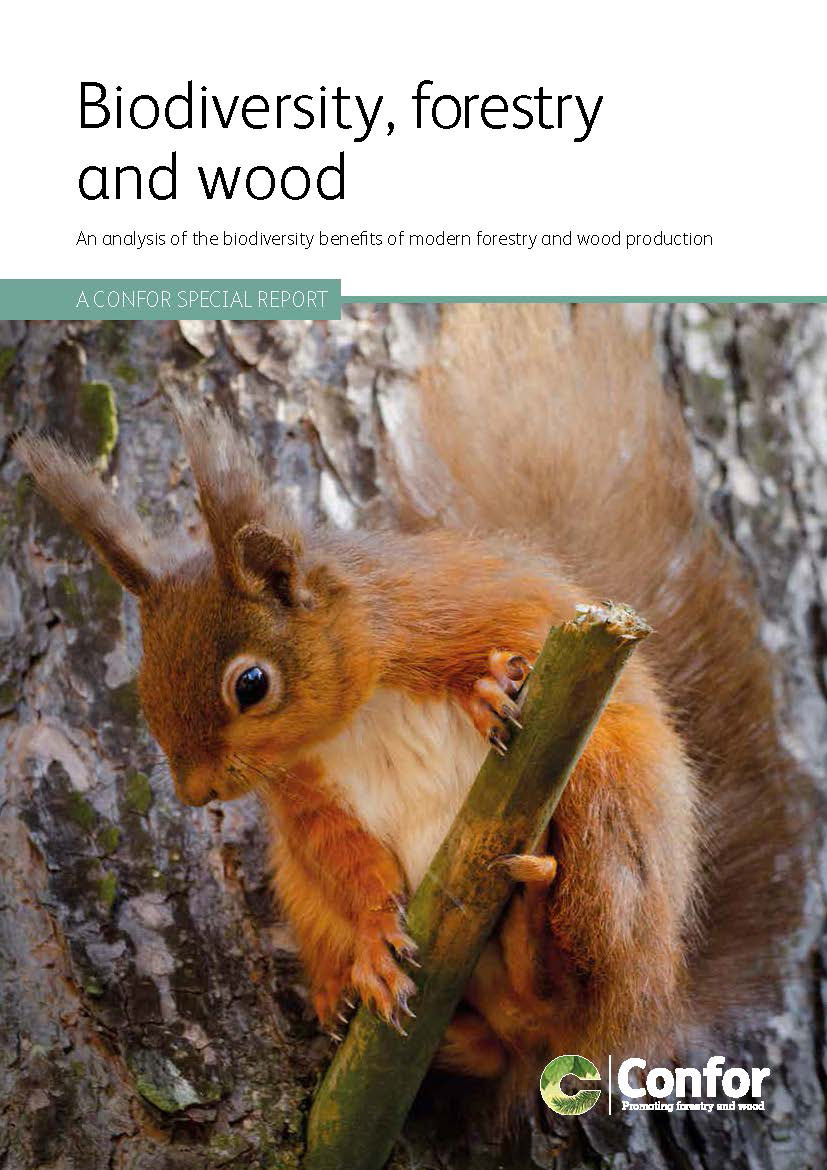