Norbord’s mill in Genk, Belgium, has achieved the company’s highest safety rating to date – Safety Star 2 – becoming the first Norbord mill in the company’s global network to achieve this.

The Norbord Safety Star system is a rigorous assessment process that involves up to seven third-party auditors from other parts of the organisation spending five days investigating the safety systems and track record of a specific plant.

The company’s Safety Star programme is based on the Voluntary Protection Program (VPP) operated by the United States’ Occupational Safety & Health Administration (OSHA) with the addition of 23 of Norbord’s own safety expectations.

Guido Kuypers, general manager of the Genk factory, which produces OSB for the European market, says the criteria for achieving the Safety Star are stringent.

“You have to prove, in practice and on paper, that you have rigorous safety and health systems in place, and that they work,” he said. “The audit process is extremely detailed and looks at every aspect of the operation.”

In order to ensure an impartial verdict, auditors are never recruited from the plant under inspection. “My own health and safety manager is currently in the States, doing an audit of the Norbord plant in Alabama,” said Mr Kuypers.

Besides checking the systems and procedures, the auditors carry out extensive interviews with employees at all levels.

“Your safety culture lives ‘on the floor’,” said Mr Kuypers. “You can have excellent systems, but they’re no good unless they are understood and implemented by the workforce.”

The Norbord Safety Star system allows for frequent audits and is designed to incentivise continuous improvement in health and safety culture. “The frequency of the audits depends upon your OSHA rating; you have to request a 2-Star appraisal and you’ll only get it if your OSHA number is already low,” said Mr Kuypers.

The United States Bureau of Labor Statistics considers a Total Recordable Incident Rate (TRIR) of less than 3 per 100 full-time equivalent workers to be ‘good’. Norbord has a group rating of 1.5 – “that’s very low for the industry but not yet as low as the 0 we aspire to,” said Mr Kuypers.

The Safety Star audit is followed by feedback from the audit team in the form of a detailed report including recommendations for improvement where necessary.

“After the report, you have a chance to respond and then you are expected to produce a plan based on the recommendations. We were given three specific areas and had 90 days in which to produce implementation plans,” said Mr Kuypers.

Until the plans have been checked and signed off, the Safety Star 2 rating is provisional. But Mr Kuypers is confident that Genk has reached a milestone: “We have an excellent safety record and our people are committed to improvement.” 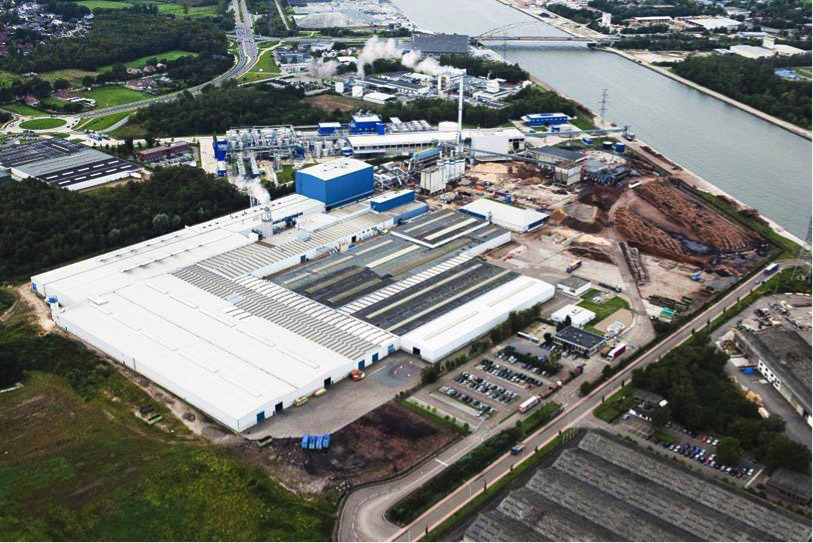