Stirling duo bow out after 77 years

David and Dorothy Sulman, who will be well known to many in the timber trade, have recently announced their retirement from the Confederation of Forest Industries (Confor), on December 31, after combined service in the timber trade of 77 years.

David Sulman joined the timber trade in 1979, as a technical trainee with Mallinson-Denny Ltd in London and underwent training at various UK locations in hardwood, softwood and sheet materials operations.

He later joined the Timber Research & Development Association (TRADA), firstly in London, where he was its youngest regional officer, based initially in London and then the High Wycombe headquarters, before relocating to Scotland 1983.

It was in Scotland that David and Dorothy met in 1985 and later married. Dorothy had previously worked in the papermaking industry, estate agency and architectural practice.

They successfully managed the new TRADA office in Stirling, which included serving as secretary to the Scottish Consortium of Timber Frame Industries, before David returned to Mallinson-Denny, where he became operations manager at the Grangemouth site.

A return to TRADA as senior consultant followed. This period included serving as secretary to the UK Softwood Sawmillers Association and the two were later recruited to manage the newly formed UK Forest Products Association in 1996. UKFPA merged with Confor in 2019 and David was appointed deputy chief executive.

David and Dorothy had also served as secretaries to the Scottish Timber Trade Association (STTA) for 26 and 28 years respectively.

“We have thoroughly enjoyed our careers in the timber trade; wood is a marvellous material with so many possibilities,” said David. “We have been very fortunate to work with some inspiring people over the years and have been very grateful for the support of many trade association members. Quite apart from wood, the timber trade is very much about people too and we hope that the industry never loses sight of this important point and will continue to invest in people. We send our thanks and best wishes for continued success to everyone we know in the trade.” 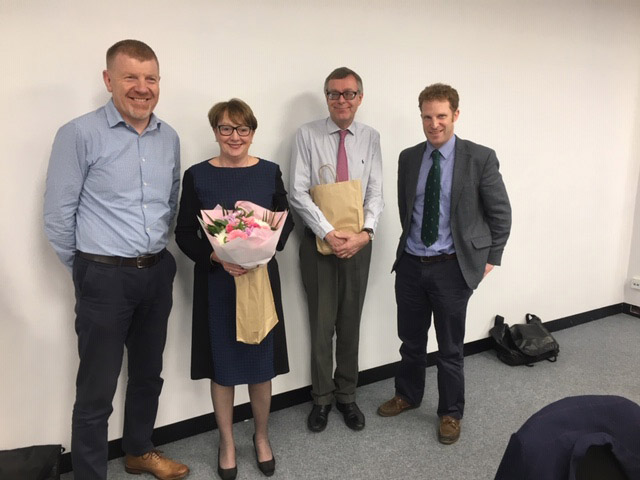