Almost overnight, the coronavirus has turned dreams of tree planting plenty into a potential nightmare scenario of a bon_ re of young trees, and visions of empty nursery beds where young seed should have been laid out for the 2021 and 2022 planting seasons.

During the general election, parties vied to make the most ambitious tree planting pledge, with the eventual election winners coming in at 30,000ha a year by 2025, driven by a need to tackle climate change.

This was then backed up in the March Budget with the con_ rmation by new chancellor Rishi Sunak of a £640m fund for tree planting (and peatland restoration) in England.

Confor had challenged governments across the UK in April last year to an “ambitious but achievable” target of 40,000ha a year by 2030, with an interim target of 30,000ha … by 2025. Cue March Budget excitement in the Confor of_ ce. Now all that could end up in ashes, at least in the next year or two, but the need for a massive increase in planting remains.

And that is achievable, subject to the nurseries sector emerging in suf_ cient health and with suf_ cient people resource to carry out a much larger planting programme than now – we need an increase from about 14,000ha across the UK last year.

Confor has already set out to government what else needs to be in place to achieve the targets, including:

Why does this all matter? Well, the UK isn’t going to hit its climate change net zero target by 2050 without removing carbon from the atmosphere and unlike experimental carbon capture and storage technology, tree planting is both proven and cheap.

Forests, including new productive forests designed to modern standards, provide more homes for wildlife, and we are facing a nature emergency as well as a climate one. And tree planting gives hard pressed farmers, in particular livestock farmers, another option to choose from as they face a double-whammy of lost guaranteed CAP payments and a society which is projected to reduce its meat consumption in coming years.

Like many in the forestry and timber sector, tree planting businesses are nervous about the current situation but have reasons to be optimistic about the future. 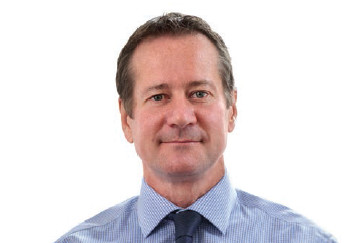