The FSC sees sustainable management as key for preserving tropical forests and aims to increase the area under its certification scheme from 18 million to 50 million ha, says director-general Kim Carstensen

Tropical forests are essential for life on our planet; they shelter around half of all terrestrial species, play a crucial role in carbon storage and hold the world’s largest biomass. Yet, they’re disappearing at alarming speed due to human-led deforestation and degradation. A further 11.9 million hectares went in 2019.

This situation has led to calls to increase strictly protected areas of tropical forests. FSC strongly supports these calls, but cannot stand alone.

Most tropical forests are in countries with multiple socio-economic problems, such as poverty, unemployment, poor governance and corruption and the people who live in them, depend on them for incomes and livelihoods. This needs to be understood when the world asks for increased tropical forest protection. When a forest is left unused, it no longer generates an income.

And too often, this drives cash-strapped, poorly governed societies into illegal and unsustainable timber-harvesting to earn money. Simply put, leaving forests alone in an emerging economy will often lead to their uncontrolled degradation or conversion to agriculture.

Paradoxically, in many cases, the best way to protect tropical forests is to create a market for their wood, while managing them sustainably. This gives value to the forest while keeping it as a forest and providing livelihoods for those living and working in it.

FSC currently certifies around 18 million ha of tropical and subtropical forests around the world, and achieved several successes recently, including the government of Gabon declaring that all forests in the country must be run according to FSC’s standards; a clear indication that they appreciate the value of sustainable forestry.

Globally, good steps have been made in many countries, but FSC has by no means fulfilled its task of protecting tropical forests. FAO estimates that they cover 1,700 million ha. So, the 18 million ha of FSC-certified forest are a drop in the ocean.

FSC is in the process of finalising its global strategy for the next five years. It is committing to increase certification of natural tropical forests and areas managed by smallholders, communities and indigenous peoples to 50 million ha. To do this, FSC will increase its focus on countries and regions that have natural tropical forests and it plans to work with all stakeholders to ensure its standards can be applied.

The road ahead won’t be easy. Our experience has taught us that working in emerging economies is much tougher than in most northern countries because the myriad challenges – from poverty to lack of infrastructure – are daunting. But FSC’s mission is to promote environmentally appropriate, socially beneficial and economically viable management of the world’s forests. And even though we will likely stumble and make mistakes while trying to tackle the challenges of tropical countries, we will always be driven by our mission. And we aim to succeed. 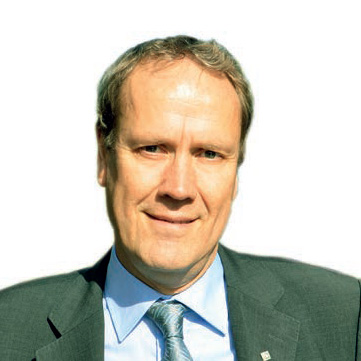