It all seemed so simple…an early March call from the organiser of the International Softwood Conference asking if I’d like to explain what was going on in the UK, with special reference to Brexit. Easy enough, well past the March deadline, I thought, so things should have settled down by then.

Which is how I came to be standing before an international audience of 180 people the day after the withdrawal agreement was agreed, the day before parliament voted on it, trying to explain the unspeakable mess which is Brexit.

I’m not sure how much they learnt from me. But I was struck by the quality of the other speakers and the sheer volume of information available. Of course, that’s not the only angle – with attendees from every continent, there’s a good chance to meet and talk to a vast variety of people with expertise on pretty much everything and every market.

So, what were the key things that struck me from the conference?

In terms of the market, 2018 was a very good year but 2019 has been disappointing. Globally too much production has chased a reduced demand, weakening prices significantly. In fact, 2019 production will be below 2018, and demand down even more.

Looking ahead, production is expected to increase, and producers expect global demand to recover and bring things more nearly into balance. I’m not sure how far demand estimates are driven by and how far the need to show demand exceeding supply has led to a bit of over optimism.

We need to pay attention to our forests. It’s nearly 20 years since mountain pine beetle began to ravage the forests of British Columbia. We now have a potentially similar problem in European forests, particularly those of Central Europe.

A mixture of insect attack and storm damage has left over 100 million cubic metres of dead and fallen trees in need of harvesting urgently. In the short term this leads to sharply lower log prices – particularly in lower grades – and a need to force logs through production and sell at any price.

The longer-term issue is how we replace those forests. The trees that have died or fallen have often done so because they are stressed due to climate change. We need to think through how we re-plant to meet the needs of a changing climate and give a degree of resilience that a single species forest may lack. In the future that will affect the way we approach harvesting and conversion.

The final message was about the conference itself. Compared to the early conferences I attended 20 years ago it’s much slicker, the information is better and more diverse and the global reach almost unbeatable. The delegate mix reflects producers rather than users, but there’s a vast amount users can gain from it. It’s changed significantly, adapting to changing times and needs.

At a time when this country too is likely to undergo rapid change in every direction, it’s an ideal way to focus on what we’re all going to need to do to survive and thrive. 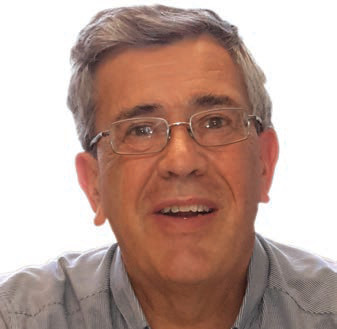