The Definition of Resilience

It’s been challenging times for the US hardwood industry, but production is rising and optimism is in the air, reports AHEC executive director Mike Snow

I have just returned from the Indiana Hardwood Lumber Association annual meeting and am still trying to process what I witnessed over the three days.

Simply being at an event with over 500 hardwood lumber producers and suppliers after more than a year of isolation and lockdowns felt surreal enough, although easily explained by a combination of face coverings and a successful vaccine rollout. More difficult to comprehend was the overwhelming sense of optimism and positivity that permeated the meeting, particularly given the rollercoaster ride of the past 24 months.

At the beginning of 2018 prospects for our industry had rarely looked more promising. The US economy was in its record 11th consecutive year of expansion and unemployment was at historic lows. Years of market development work in China and elsewhere were paying off and US hardwood exports reached their highest level ever in volume and value, accounting for over half of all grade lumber and veneer production.

Latent demand and a lingering housing shortage also promised significant growth in US construction, always an important driver of hardwood demand. All indications pointed to the need for increasing lumber volumes to meet growing demand. Logically, our industry responded by investing in capacity and production was on its way to full recovery from the depressed levels of recession less than a decade earlier.

Then we were blindsided. The American hardwood industry became collateral damage in an ill-advised trade war with China. As a result of its retaliatory tariffs, hardwood lumber shipments to China halved from 2.4 million m3 in 2017 to 1.2 million in 2019.

By volume that loss exceeded total exports to our next largest market, Vietnam, plus the EU and UK put together!

In fact, by the end of 2017 more than one in every four grade lumber boards from American sawmills was destined for China. The risk of having so many eggs in one basket became apparent almost overnight, and growing inventories and declining price levels again put the brakes on production.

2020 started with great promise as the US and China agreed to “Phase One” of a trade deal and Chinese tariffs on US hardwoods were removed. Then came Covid. Lockdowns and economic uncertainty further decreased production, and many people on whom hardwood production depends—notably loggers —left the industry.

A series of factors, including unusually wet weather across the country and labour shortages – that ironically were exacerbated by state and federal unemployment benefits – conspired to limit production increases, leading to current upward price pressure.

Production is increasing again and one thing we know for certain is that supply and demand will once again find equilibrium.

Whatever comes next, I’m confident our industry will adjust, roll with the punches and move on, just as it always has. 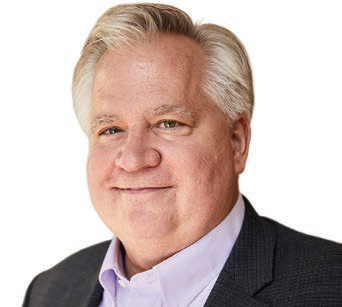