Last summer I found myself at the TTF offices cataloguing the library that Terence Mallinson had bequeathed to them. That library is now safely housed at the Institute of Materials library at Grantham.

The TTF holds a remarkable leather-bound and brass-clasped book. It is a record of all those timber trade people who died in the great war. The quality of calligraphy and illuminations reminds one of the Lindesfarne Gospels in the British Library.

The sharp-eyed among you can see that it lists a certain 'Blackadder'. And I thought that name was fictitious.

Later in the day I found some correspondence that Terence Mallinson had had with the National Memorial Arboretum. That prompted me to find out more about the NMA. Have a look here https://www.thenma.org.uk/ You will see that just about every organisation that lost people in the world wars have memorials here – but not the timber trade. Since our business is based on trees, how ironic is it that we are the only industry not represented here. Now I don't have the muscle or finance to correct this anomaly, so can somebody in the industry take up the baton? 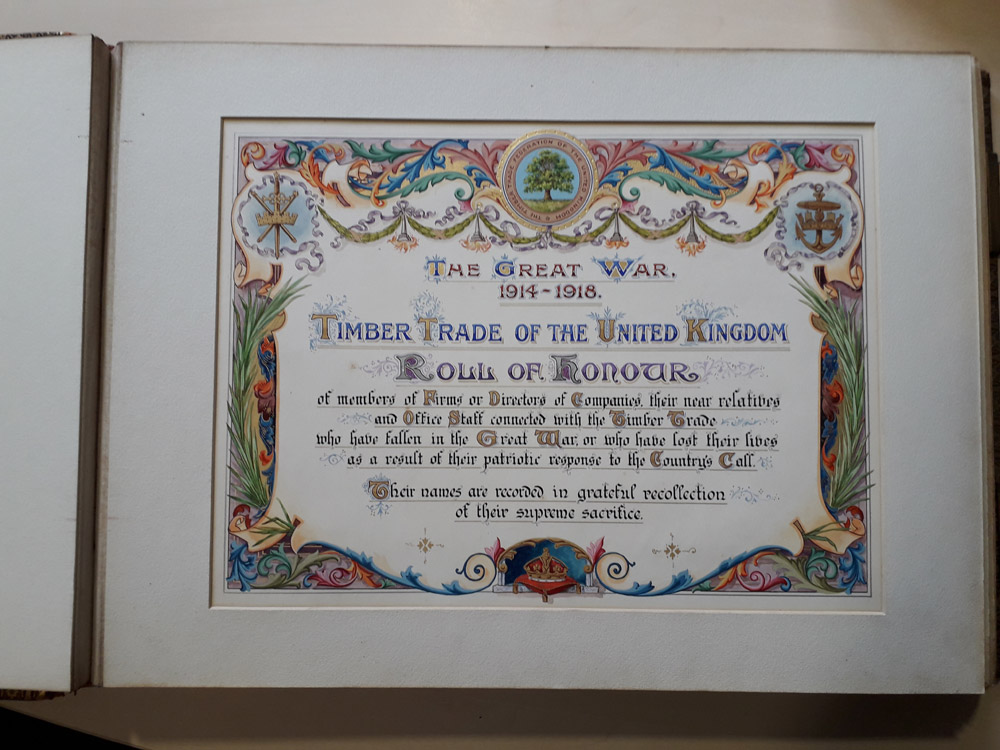 The timber trade roll of honour 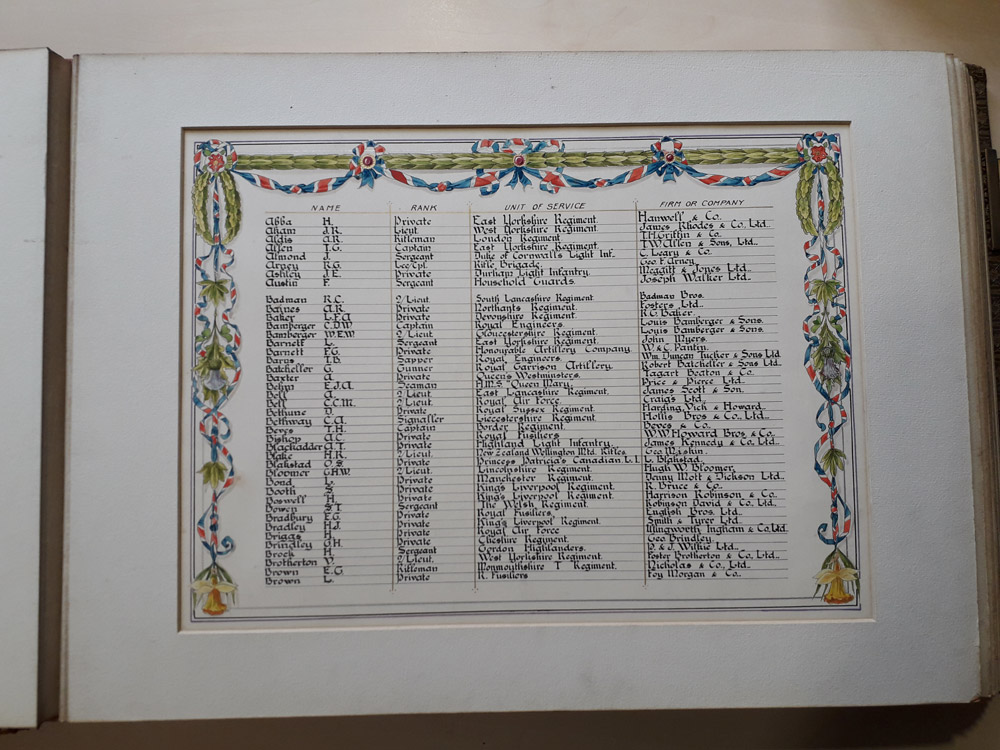