The Congo Basin forest is the Earth’s second lung and home to a vibrant reservoir of biodiversity. It provides numerous ecosystem services, such as regulating exchange cycles between the earth and the atmosphere, storing carbon and helping ensure food security of local populations. Pan African Forest Certification (PAFC) Congo Basin contributes to preserving this exceptional ecosystem.

The PAFC Congo Basin is a regional initiative supported by three national members of the PEFC Alliance: PAFC Cameroon, PAFC Congo, and PAFC Gabon. The objective of the scheme is to grow uptake of sustainable forest management certification (SFM) and inform the end consumer about the sustainable origin of products.

SFM certification is the key to a strong forest economy. It gives value to the forest, enabling it to fight against the threats of conversion, to combat deforestation and illegal logging, and improve the social well-being of workers and local communities.

The PAFC Congo Basin SFM standard was developed based on PEFC criteria and requirements by a group of 16 local stakeholders from the three PAFC countries (the Forum), equally representing four interests (administration, economic, ecological, and social).

The standard was produced by achieving consensus, meaning all Forum members had to agree with the text for each indicator without objection. Thus, the PAFC Congo Basin certification scheme is tailored to the local context while being internationally recognised.

This means that wood certified against the PAFC Congo Basin standard can be sold as PEFC-certified anywhere in the world and keep the traceability of the product from forest to end customer.

After three years of development, the PAFC Congo Basin entered into force on January 1. Subsequently, PAFC Gabon, PAFC Cameroun, and PAFC Congo initiated training for auditors and companies. They also participated in events to promote the new certification scheme and liaise with local stakeholders to raise awareness of the specifics of the new SFM standard.

Some companies have already achieved PAFC certification in the Congo Basin, while others have started the work needed to meet its SFM requirements.

In the next few years, supported by the International Tropical Timber Technical Association (ATIBT), PEFC International and funders, such as the Programme for the Promotion of Certified Forests (PPECF), the three national organisations will manage the scheme, organise outreach events, train auditors, and support companies interested in certification.

A regional initiative such as PAFC Congo Basin is a pioneer within PEFC’s alliance. It has been possible due to the common characteristics of the countries involved. They speak the same language, share the same forest type and have similar forest legislation.

Overall, it is generating a new dynamic and considerably increasing the visibility of PAFC in Africa. For more information www.pafc-certification.org 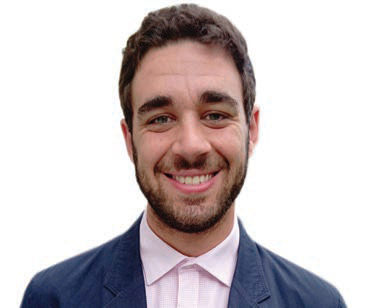