Thank you for the glulam

The demountable Abba Arena in London is a masterpiece of hybrid engineered timber and steel construction and a building for our increasingly over-heated times, writes TTJ consultant editor Mike Jeffree

It’s a hot ticket and a very cool venue. The Abba Voyage stage show, featuring digital reincarnations of the Swedish supergroup is spectacular. The positive reviews are only outdone by the audience’s enthusiasm. The headline ‘Abbasolutely Fabulous’ has been done to death.

It’s understandable that the ‘avatar’ (or Abbatar) technology, which creates the 3D images of the band, blending their 30-something and now 70-something selves, has generated most media coverage. It’s brand new and only the wizards at George ‘Star Wars’ Lucas’s Industrial Light and Magic business, who invented it, know how it works.

What hasn’t received quite the same attention is the show’s purpose-built theatre, the Abba Arena. It was designed by theatre and stage specialist architects Stufish and built by ES Global, with Xylotek as timber contractor, responsible for ‘geometry definition’, technical design and installation. It seamlessly blends steel and steel frame, comprising the dome over the 70m-wide auditorium, with engineered wood in the form of CLT panels and glulam.

The structure uses 1,650 CLT panels, made by Hasslacher of Austria, joined with a specially developed bolt system, enabling them to be easily taken apart. The original scheme envisaged using 144 tonnes of steel and 630m3 of CLT for the hybrid-structural sections. Xylotek revised this to increase the CLT component to 900m3, halving the embodied carbon.

Timber also forms the core structure of the entrance, bar, food and service area around the hexagonal auditorium. Branched wood columns support the ceiling like a forest of glulam trees.

Xylotek additionally engineered the 7,000m2 larch rainscreen wrapping the auditorium. With larch supplied by Piveteaubois, this comprises 1,400 finger-jointed fi ns with a total length of 15km.

The whole structure is designed to be readily dismantled and rebuilt, so, although no plans have been divulged yet and it’s got permission to stay on its Stratford, London site for three to five years, Abba Voyage could go on the road. With an audience capacity of 3,000, it’s billed as the largest ever demountable temporary venue.

Timber comprises such a core element of the Arena because of its suitability for demountable structures, its speed of build and lightness – to minimise disturbance on the site, it sits on over 300 jack pads rather than invasive foundations. But clearly its low carbon environmental credentials and the Swedish tradition of living as one with forest, timber and nature were also integral to its specification. Abba themselves have also expressed a strong environmental ethos, most notably Björn Ulvaeus, a prominent backer of Greta Thunberg.

As the timber in construction focus in this edition points out, climate change is making more wood building imperative and timber businesses are gearing up to make it feasible – it’s a message seriously hitting home as this is written, with UK temperatures heading for 40OC plus.

So go see Abba Voyage and the future of building. The music’s pretty good too. 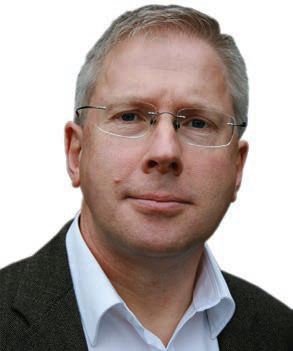