The World Cup has kicked off and while we’ll all be hoping for English or Welsh success, the tournament is not necessarily universally being welcomed by all in the business community.

It’s amazing looking forward to and watching a big international match, even though it feels bizarre in November with the cool weather and the many empty seats in the stadiums. But it of course means workers taking time off and building projects potentially slowing, especially when you consider the variety of nationalities wanting to see their teams play.

Talking to a plywood trader at an event in London recently, he said a pub owner was booking his place out to Poles for the Poland matches.

If England or Wales go all the way to the final on December 18, there’s potentially a few lost days here and there, as let’s face it, it’s an all-day affair for ardent fans. The drinks industry certainly won’t be complaining.

In the cooling trade environment it probably isn’t that helpful but a home nations World Cup victory would definitely lift the nation’s mood.

On that subject, apologies in advance if our market reports in this issue appear gloomy. The last thing we want to do is be a harbinger of bad news, but there is no doubt we are in a market downturn for many wood products, with reducing demand and prices for many products and not many people expecting much change before next spring.

We have market summaries from the International Softwood Conference in Copenhagen during October, our hardwood market report (plus a news story on the International Hardwood Conference in Lyon held during October), a review of the Ireland market and a comprehensive report from the European Wood-based Panels Symposium in Hamburg, which we attended.

The latter brought forth some punishing figures – the European furniture industry is expected to suffer a 30-50% contraction in the second half of 2022, while European particleboard demand is predicted to fall by 3.9 million m3 in 2022 and by 3.5 million m3 in 2023. The MDF figures are 1.8 million m3 and 1.6 million m3 reverses respectively.

Sawmills and panel producers across Europe are cutting production and trying to manage the new low demand environment.

But on the positive side, many industry executives are not expecting the dip to resemble anything like 2007- 2009. The stellar performances and profits generated by the last two years also have put timber product companies in a good position to weather the recession.

In this issue we have extensive coverage on preservatives and fire retardants – a massively important focus area for the timber industry and one on which the WPA and TDUK are doing much good work. And we have comprehensive coverage on storage and handling, with the latest updates from materials handling specialists. 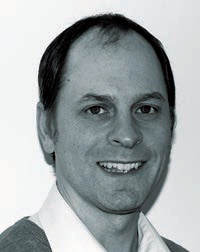