The annual TTJ Awards feature categories that are voted for by qualifying voters within the timber sector, or are judged by independent panels and the nominees and winners will be announced at a lunch-time ceremony at the Landmark Hotel, in London, on September 25.

Now in their 18th year, the annual TTJ Awards showcase the timber sector as a major, modern and forward-looking industry and recognise its achievements in areas that are vital to business success.

This prestigious event has become an established networking date in the timber industry’s calendar, not least because of the high profile host and guest speakers who have entertained guests throughout the history of the TTJ Awards.

This year will be no exception as the role is filled by architect and television presenter George Clarke. He follows an impressive roll call including broadcaster Huw Edwards, foreign secretary William Hague, Lord Sugar’s right-hand man and woman on The Apprentice, Nick Hewer and Karren Brady, and former MP Michael Portillo. 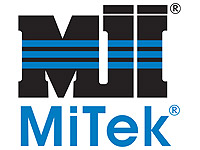