In this year’s Wood Awards there was much to admire in the beauty and technical application of timber and equally satisfying were the judges’ observations that what was once considered innovative is now being used widely. Keren Fallwell reports.

The entries in this year's Wood Awards illustrate the "technical and poetic possibilities of making magic with wood," architect Alison Brooks said at this year's ceremony and there would be few that would disagree.

From the classic design of a rocking chair through to exterior plywood cladding and the airy gridshell of WWF-UK's new headquarters, the projects reinforce the seemingly endless potential for timber and limitless imagination of architects and designers.

The entries' inspiring quality and diversity were testament to how working in wood was undergoing a renaissance in the UK, Ms Brooks said.

And this renaissance was reflected in the judges' observations that what was once innovative is now mainstream.

"What were once innovative uses of timber are now more widespread and used in a much wider variety of applications, such as retail," said judge and architect David Morley.

Fellow judge Ruth Slavid agreed. "Where a few years ago the judges were impressed by the use of high levels of wood such as cross-laminated timber, these are a given now so it allowed us to concentrate on craftsmanship and design," she said.

And it was the Ditchling Museum of Art + Craft that attracted the judges' vote to win the Arnold Laver Gold Award. Described by the judges as "a gem of a museum", the East Sussex museum comprises an 18th century cart lodge and Victorian school, linked by a new building. Timber played a central role in the restoration of the original buildings and the new structure. In the former, the original oak trusses were repaired and exposed, the gallery floors finished with oak boards, and the walls of the schoolroom were lined with vertical matchboarding to reflect the original cladding.

The museum also won the Existing Building award, a category which represented an important aspect of UK building, and timber use, said judge John Wilkie.

In this category St George's Chapel, Great Yarmouth, was highly commended. Built in 1714, the Grade I listed building had suffered from "unsympathetic additions" but had been restored and rejuvenated by Hopkins Architects.

The Commercial & Public Access award was won by the Sam Wanamaker Playhouse, London, which the judges described as "a real celebration of joinery". This indoor space at the Globe Theatre is made almost entirely of wood, much of which is finished by hand. WWF-UK's headquarters in Woking were highly commended. The judges said they were impressed by the attention to detail and the sourcing of materials which "pushed sustainability forward".

The Private category required the judges to travel the farthest, from the Scottish isles to the urban environments of London and Bath. And these contrasting locations and climates showed that timber was suitable for all locations, said judge Ruth Slavid.

The winning entry was House No. 7 on Tiree, the most westerly island in the Inner Hebrides. The judges were impressed by the quality of thinking and the quality of craftsmanship and described the project as "a special house in a special place".

In the same category, WoodBlock House, a studio, home and office designed by dRMM for artist Richard Woods, was highly commended. The structure of the London house is CLT, which is left exposed in the interior, while the exterior cladding is unpainted larch and painted plywood.

The eye-catching feature of the Structural category winner, Alfriston School Swimming Pool, is the CLT roof "which gives pleasure from outside and inside". The rippling form was prefabricated in 12 truss modules by Cowley Timberwork.

Highly commended in the Structural category was another CLT structure, Farnham Place, which completes the group of buildings that form the London studios of architect Allies and Morrison. CLT was chosen for its build speed - the structure was completed in just six weeks - but also as a research project to illustrate its suitability for office buildings. Announcing the results for the Small Project award, judge Jim Greaves said the category recognised that smaller projects also had a flair and creativity.

That was certainly the case in the winning project - a studio in a suburban garden in Oxford - and the judges commented that every element "had been carefully considered, with love and attention given to the detailing".

The building can also boast local sourcing credentials as the sweet chestnut for the structure and joinery was from West Sussex, and the hemp used in the insulation was grown in Norfolk.

The highly commended entry, Ravenswood in north London, was a project that could be dismissed on first glance, said Mr Graves.

The extension to a modest end-of-terrace house on a modernist estate was described as "a subtle piece of work that shows a respect for the existing architecture".

The Judges' Special Award goes to projects that fall outside the usual categories and this year the judges recognised two very different projects - the American Hardwood Export Council's tulipwood CLT Endless Stair, developed for last year's London Design Festival, and two ornate pairs of oak carved doors. The judges said that Endless Stair had "pioneered the use of tulipwood CLT" and combined a piece of public art with research into new ways of using a material.

The oak carved doors, made by Jack Badger using traditional techniques and no glues, screws or modern fixings, showed a "high level of craftsmanship". "This is a really brilliant piece of work on which the craftsmen have developed a double dovetail joint," the judges said.

The two furniture categories - Bespoke Furniture and Production-made Furniture - recognise what Sean Sutcliffe, chair of judges, furniture, said was a wealth of furniture making in the UK. He also applauded the variety of furniture featured in the shortlisted entries.

One particular aspect he noted was the growth in bespoke furniture makers. "They are grasping the need for manufacturing with the craftsmanship that goes into the bespoke process," said Mr Sutcliffe.

The Production-made Furniture prize was awarded to Fowler and Co for Hat Tree, an affordable domestic wall-fixed coat rack.

"It offers a wooden solution where often another material is used and it has been adapted to the rigours of the production process," said Mr Sutcliffe.

In the Bespoke Furniture category, a rocking chair made from scorched oak by Barnsley Workshop was highly commended for its "outstanding craftsmanship and uncompromising quality", while the winner was oak furniture for the Dickson Poon Centre at St Hugh's College, Oxford by Makers' Eye. The team of workshops produced the "sizeable commission" of 177 pieces in European oak to a quality that tended to come from smaller and bespoke makers.

"It's a superb example of how small workshops can punch above their individual weight," said Mr Sutcliffe. "It shows what can be achieved it we work together." 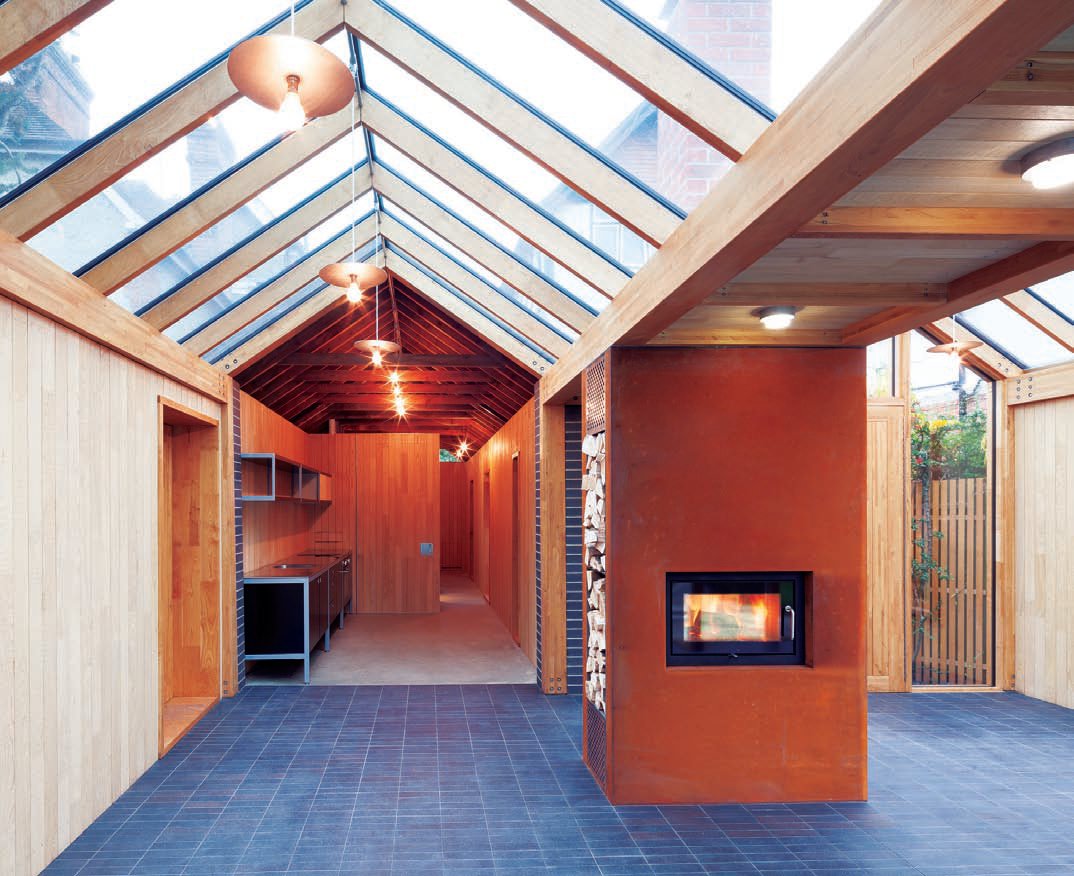 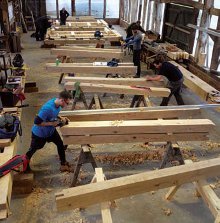 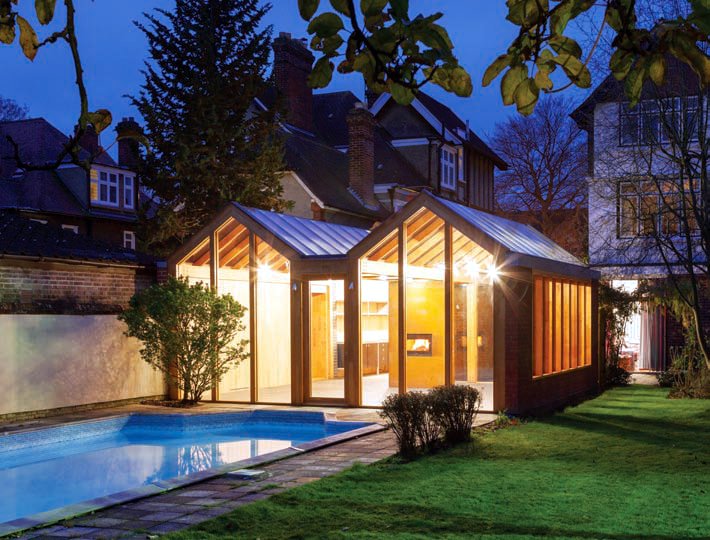 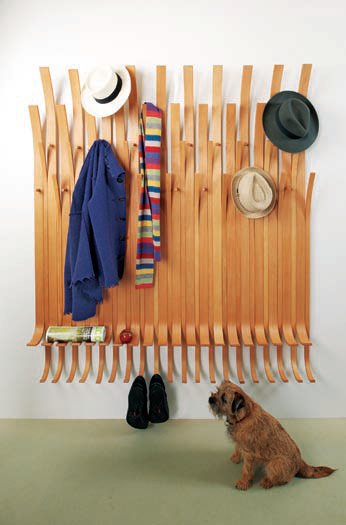 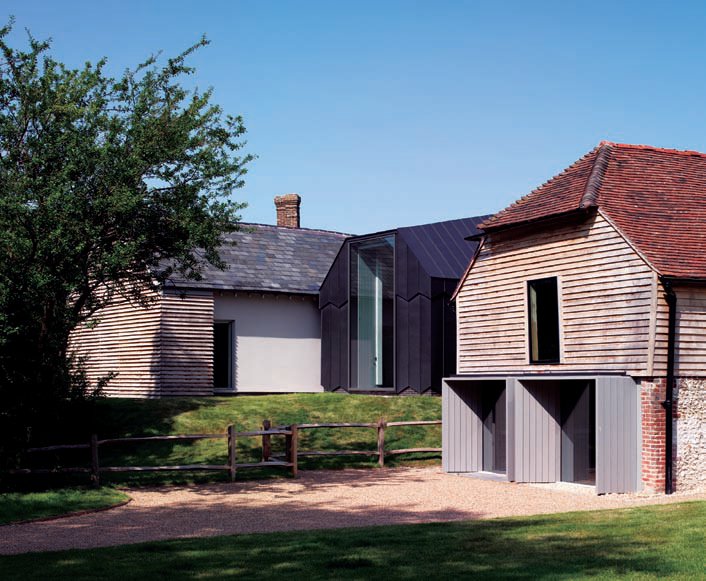 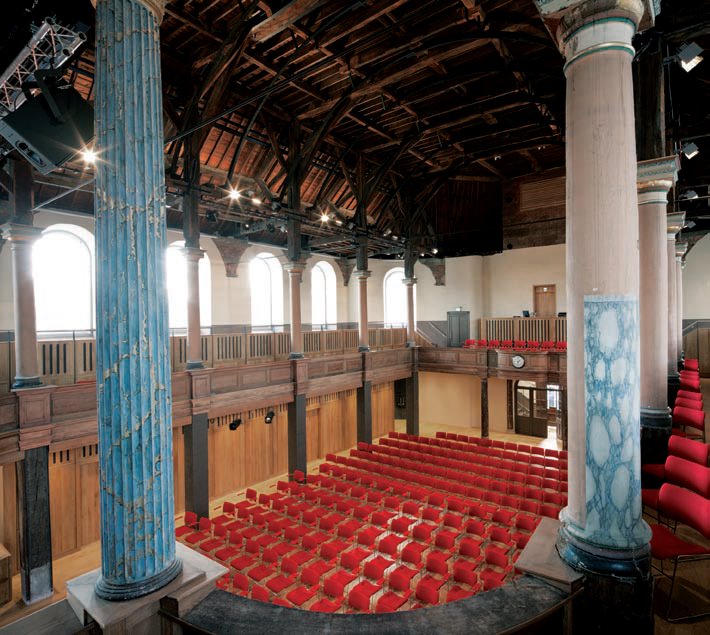 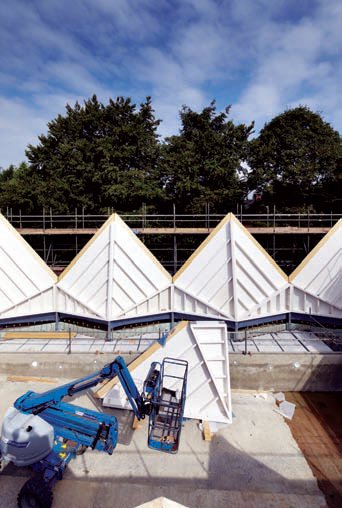 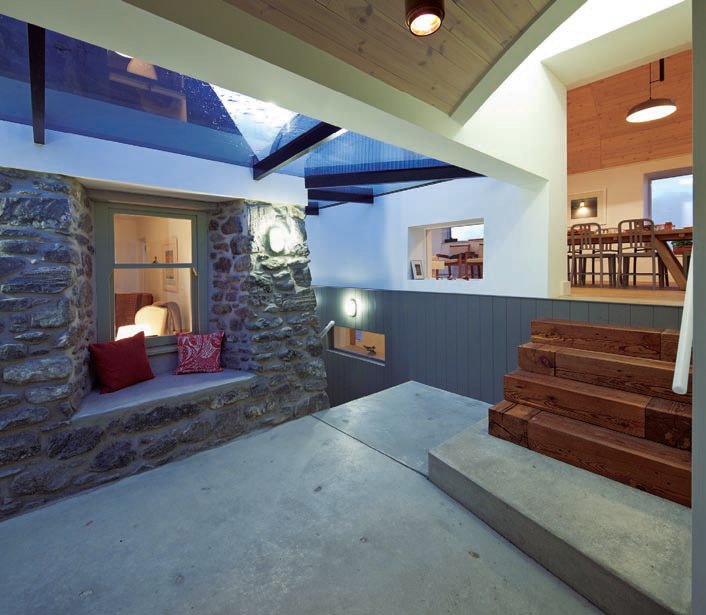 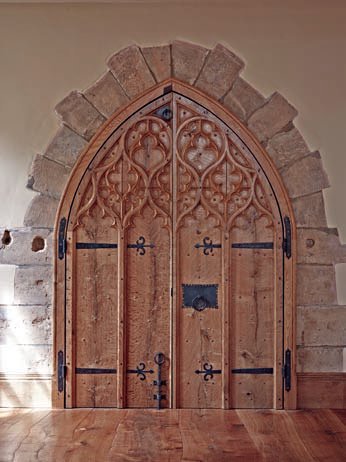 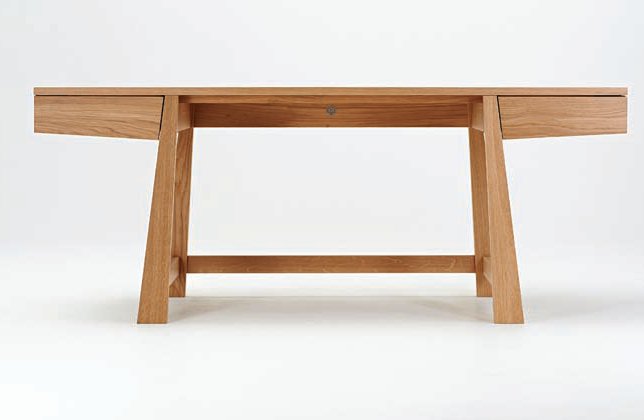 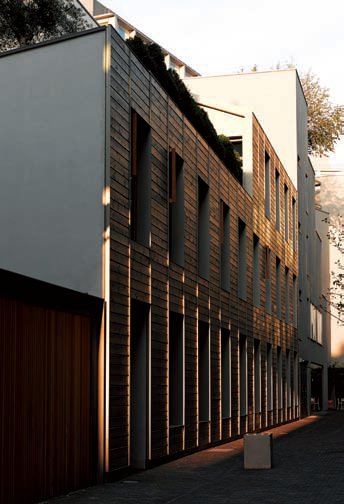 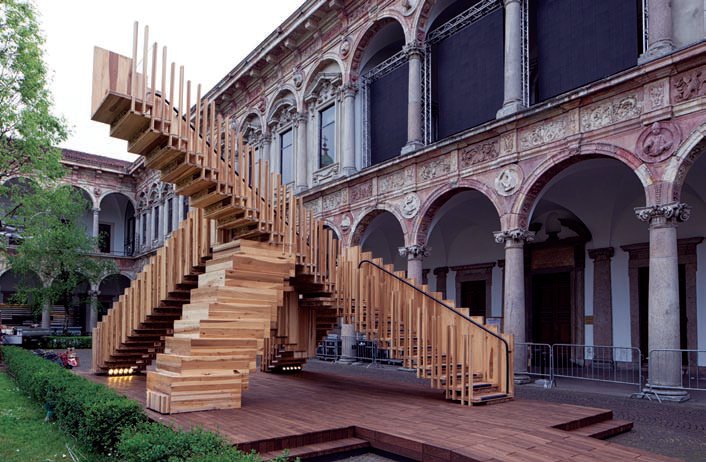 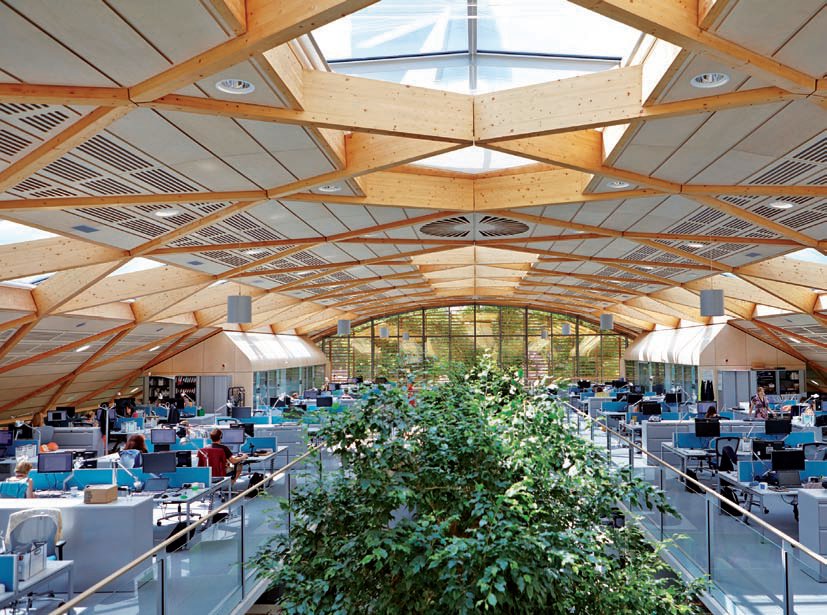 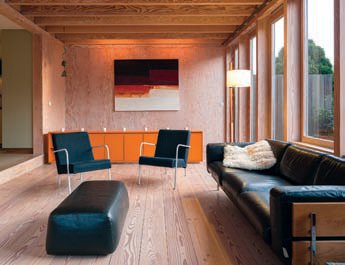 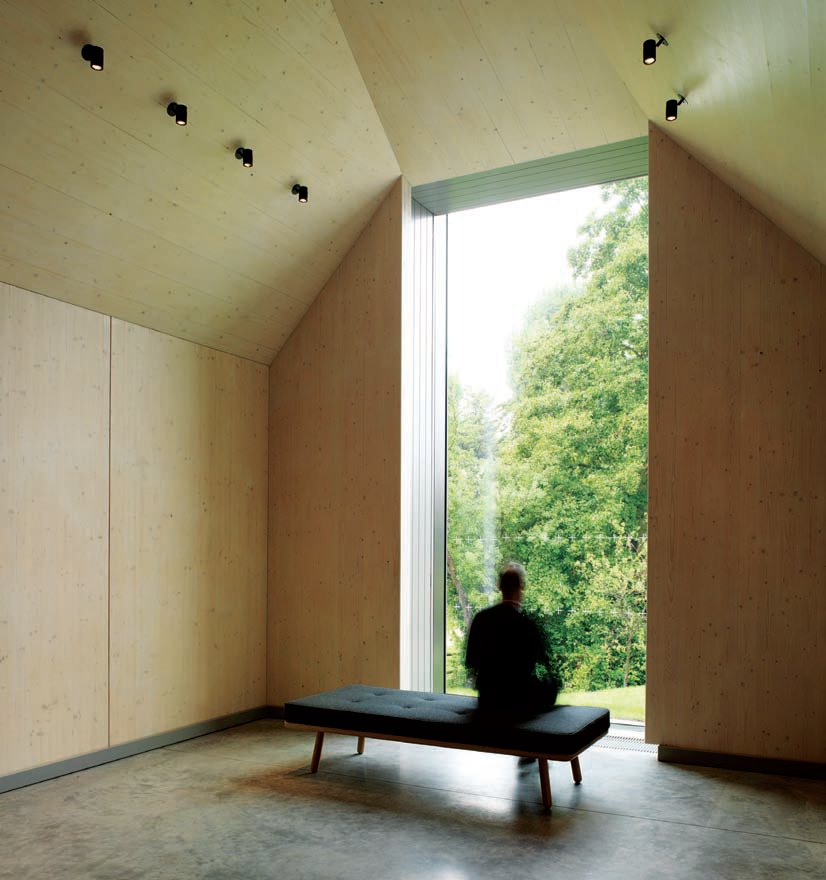 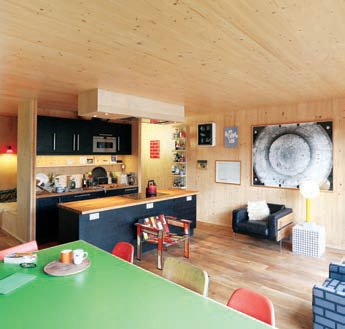 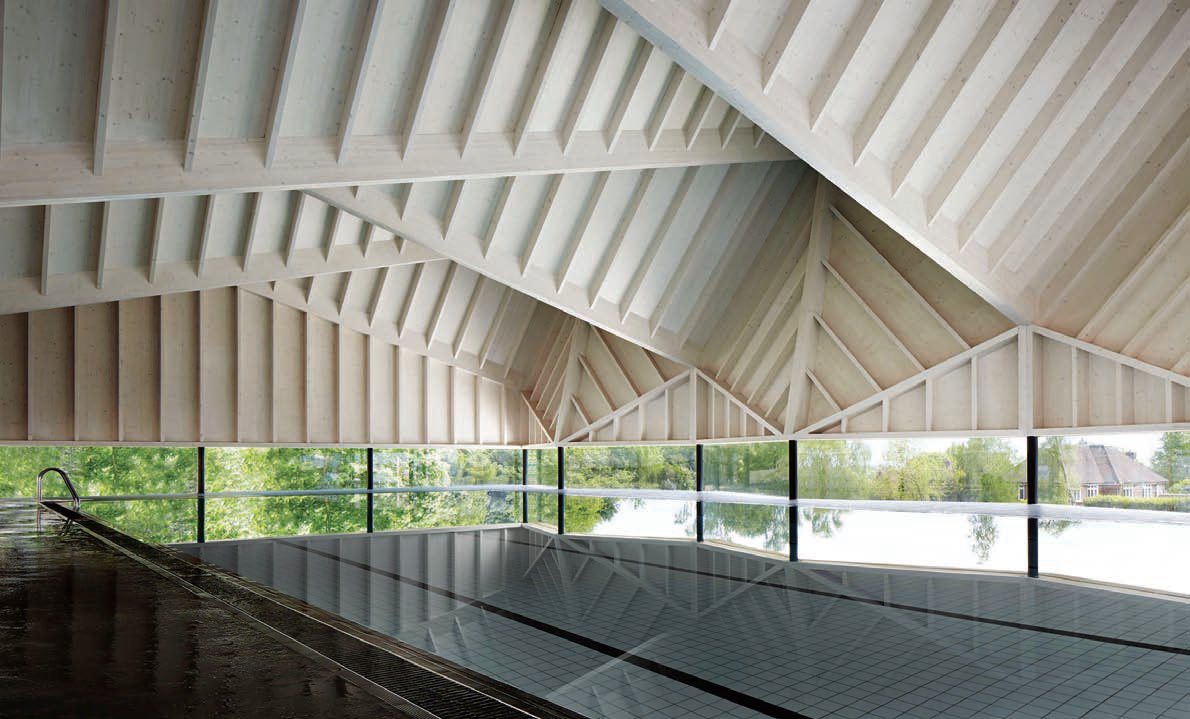 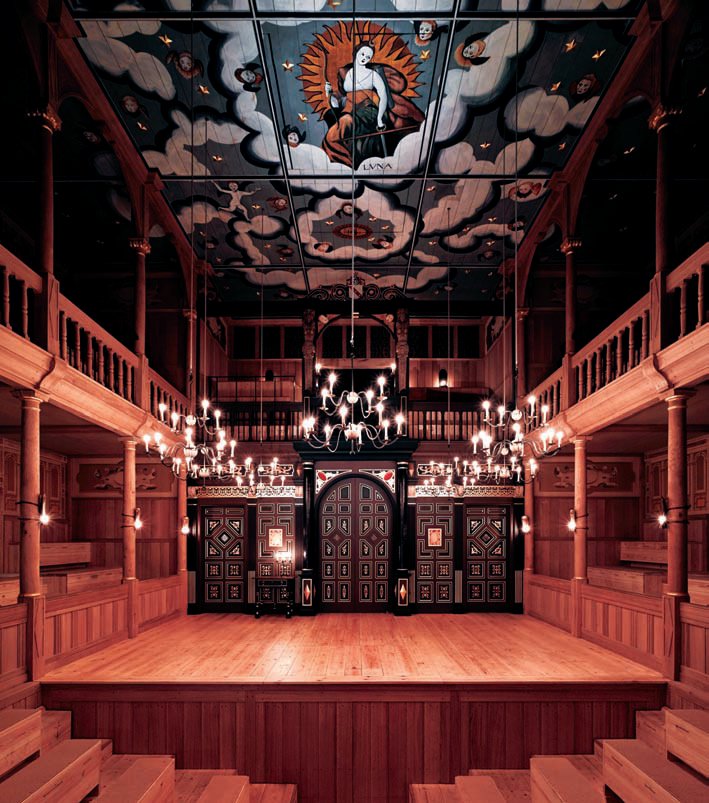 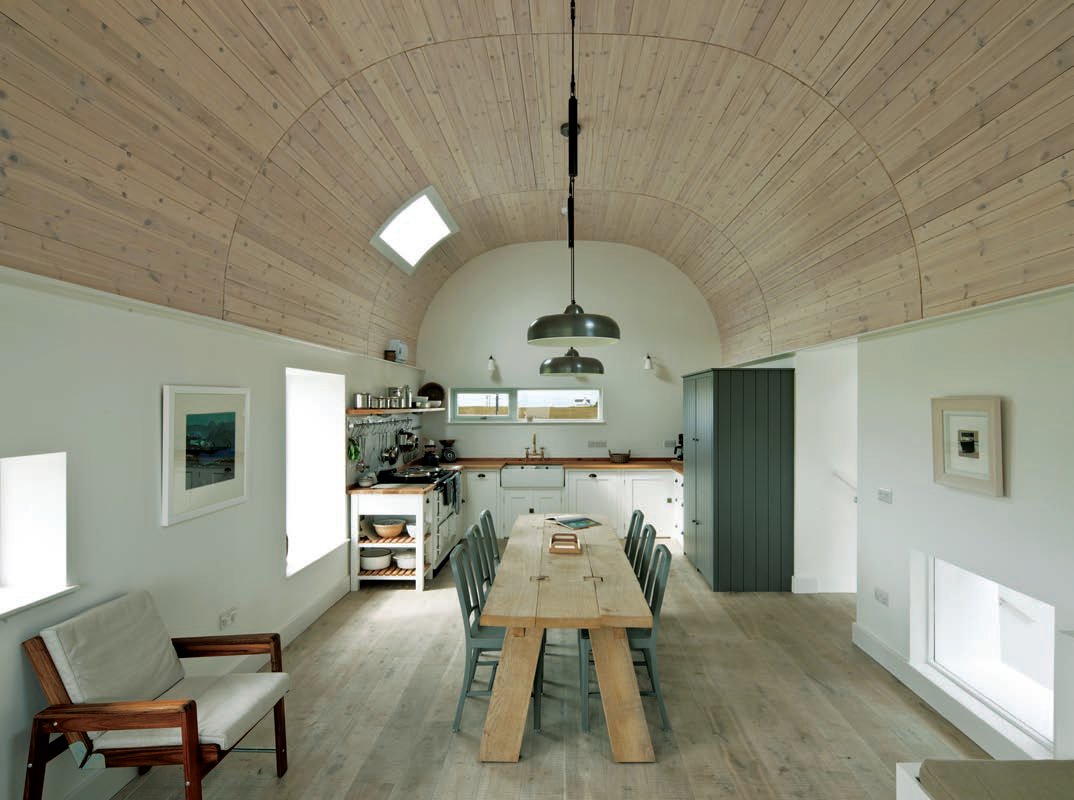 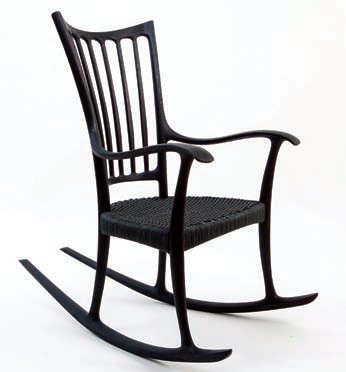