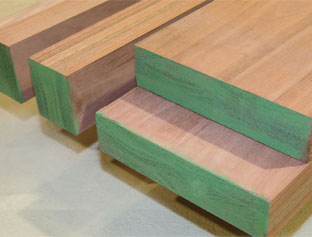 Not quite so Great Expectations 20 August, 2015 The hardwood trade may have lost some momentum this year, but the outlook remains positive. And it’s unfazed by talk of an EUTR enforcement focus on the sector. Mike Jeffree reports. > read more

Timber on the menu 22 December, 2014 Timber continues to be, literally, the base for kitchens. Keren Fallwell reports on current design trends

Mixing the old and the new 19 November, 2014 Does the apparent rush for standardisation in mouldings mean the end of bespoke production? Camilla Hair of Snows Timber investigates.

Wood products boost Bioeconomy 16 July, 2014 Finland’s timber sector has had to adapt to tough economic times, while its wider forestry industry has focused on developing a more diverse range of products from the fibre resource. However, wood remains at the heart of the country’s evolving bioeconomy, reports Aila Janatuinen, manager wood products, Finnish Forest Industries Federation.

Rebuilding Timber's market Share 16 July, 2014 Lawrence Young, chairman of the Structural Timber Association, discusses the market for building with wood in the UK

Modified momentum 19 April, 2014 The market’s light bulb moment for the potential of thermally-modified US hardwood is just around the corner, writes Neil Summers of Timber Dimension, which is working with the American Hardwood Export Council to test and validate the material’s performance.

Catching economies on the rise 19 April, 2014 There may still be speed bumps ahead, but the US hardwood sector is accelerating along the road back from recession, reports Judd Johnson of Hardwood Market Report.