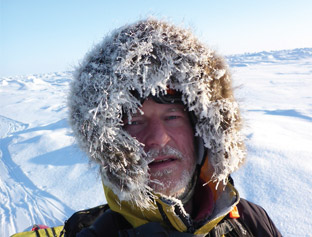 From Pole to Pole 20 February, 2017 BRE director Ed Suttie’s long involvement with the timber industry has been bookended by expeditions to the top and bottom of the globe. Sally Spencer reports > read more

Hindle’s done the Jewson lot 21 June, 2016 Peter Hindle’s career has seen him work his way up through the ranks from yard manager at Jewson’s Fleetwood branch to senior vice-president at Saint-Gobain. Sally Spencer reports

The art of the possible 20 May, 2016 Paul Clegg, the CEO of modified timber producer Accsys Technologies, explains how the work ethic instilled during his time in the City helped him turn around the company’s fortunes – and why he wants to live forever. Sally Spencer reports

The road less travelled 21 March, 2016 Wood for Good chair Craig White is not one to shy away from an opportunity. He talks to Keren Fallwell.

Raising up an army 24 February, 2016 New leader of the UK Timber Trade Federation (TTF) David Hopkins want to mobilise the ranks of the timber industry to more effectively grow the market for wood. He talked to Stephen Powney

2016 Predictions 25 January, 2016 The New Year is here, but what will it bring? As TTJ went to press the pound was moving nearer to €1.30 - a mark last reached nearly a year ago and which may give optimism for UK sawmillers. UK GDP is tipped to increase by around 2.4%, the construction industry is widely tipped to have a good year and research shows merchants are optimistic after profits growth in 2015. Here, we ask several industry figures for their 2016 expectations.

Hardwood with heart 24 November, 2015 The timber trade inspires heartfelt commitment and strongly held views, and none more so than in the case of CP Timber founder Chris Powell, as Mike Jeffree discovered talking to him about life and work

Travis Perkins PLC elevates timber 21 September, 2015 Travis Perkins plc is one of the biggest sellers of timber in the UK. For our regular monthly face-to face interview, Stephen Powney talks to the company’s head of supply centres Jonathan Bower.

Pulling Together 20 July, 2015 The Confederation of Timber Industries (CTI) is up and running and its new CEO Dirk Vennix is off to a flying start, reports Stephen Powney.

The RR of timber technology PR 18 August, 2014 In a 30 year career, wood processing machinery PR Claude Daly wrote over 3,600 articles on technology installations at timber companies across the UK. He spoke to Mike Jeffree.

Heading the white way 16 June, 2014 John White describes his time as TTF CEO as tremendously rewarding, and he leaves urging the sector to capitalise on the golden age of wood. He spoke to Mike Jeffree.

The sweet life 25 January, 2014 Martin Smith gets as much of a buzz from his job as managing director of JJ Smith as he does from his interests outside work. Keren Fallwell reports.

Golden rule 13 July, 2013 Malcolm Cowley, Coillte Panel Products’ UK sales manager, is retiring next month after 50 years in the timber industry. He talks to Keren Fallwell about his career and his latest role as TTBS national president