AHEC’s latest project for the London Design Festival has delivered more than anyone could have wished for. Keren Fallwell reports

The annual London Design Festival is never short of media coverage and this year, in all the column inches, interviews, videos, blogs and tweets on the event, a project showcasing timber received much of that attention.

The Wish List, a collaboration between the American Hardwood Export Council (AHEC) and furniture maker Benchmark, features wooden wonders commissioned by 10 famous architects and designers and made by 10 emerging designers.

Terence Conran, co-founder of Benchmark and who instigated the project, Norman Foster, Paul Smith, Amanda Levete, John Pawson, Alison Brooks, Zaha Hadid, Alex de Rijke, Allen Jones, and Richard and Ab Rogers were all asked the enticing question of "What have you always wanted in your home, but have never been able to find?"

The resulting works, made by the designers in a week in July at Benchmark's workshops in Berkshire (TTJ August), range from a family of pencil sharpeners for Norman Foster, to a 2m-diameter cross-laminated tulipwood table for Alex de Rijke, and illustrate the breadth and versatility of American hardwoods. They also demonstrate the resource's sustainability as the carbon footprint of each piece has been measured. AHEC's Life Cycle Assessment provided data on the hardwood species and during the manufacturing process the designers had to record all material inputs and energy consumption. AHEC will continue to develop this LCA work, ultimately, said European director David Venables, linking it to design programs so it can become an integrated tool.

As well as advancing the environmental profile of US hardwoods, the Wish List, which is at the V&A Museum in London until October 24, has raised designers' and consumers' awareness of the range of species and their potential.

"We've been blown away by the coverage," said Mr Venables.

During the LDF, from September 13-21, the Wish List was the feature on Radio 4's You and Yours programme, with interviews with some of the commissioners and the designers featuring every day.

"You can't buy that kind of exposure," said Mr Venables. "It gave us the opportunity to talk about AHEC and the various timbers. It was the real icing on the cake."

There were also feature stories in the daily and Sunday broadsheets; the architectural press, both in the UK and Europe; consumer magazines such as House & Garden and Home & Garden; and images of the works are on the BBC website. It also featured on design website Dezeen, which has a global audience.

The beauty of the Wish List is that not only has the involvement of famous names such as Norman Foster, Richard Rogers and Zaha Hadid attracted the attention of other architects and designers, as well as helped extend the international reach, but the scale of the works makes them accessible to consumers.

"It really has engaged the public's imagination," said Mr Venables.

It has also engaged the commissioners and the emerging designers who are interested in using American hardwoods again. Ab Rogers has shown great interest in red oak as a result of the ladder that Xenia Moseley created for him and his father Richard, and Alison Brooks and designer Felix de Pass want to put their stool into production - and they've stipulated that it is made from American cherry.

The Wish List follows the success of the Endless Stair, the cross-laminated tulipwood structure which stood in front of Tate Modern during last year's LDF. The structural use of hardwood has great potential and AHEC will continue its work in the area, Mr Venables said. However, in the meantime what may keep him awake at night is how he will better the Wish List if he receives a call for next year's LDF - which is likely, given that at the launch LDF director Ben Evans revealed the project to be one of his favourites.

"We've had a wonderful relationship with AHEC and long may it continue because many of our most interesting projects have been about exploring US hardwoods," he said.

Ves-el
Commissioned by Zaha Hadid; designed with Gareth Neal
Timber: White oak
Zaha Hadid's wish was simply for "tableware". The forms were so complicated they required Benchmark to upgrade its CNC software.

The Hole chair
Commissioned by Allen Jones; designed with Lola Lely
Timber: Maple and walnut veneer
Allen Jones's wish was for a recliner in the shape of a human form. The idea was that it fitted the contours of his body, while also being androgynous. The piece is made from 13 layers of maple veneer, with contrasting walnut layers added with marquetry.

The ladder that likes the wall
Commissioned by Richard & Ab Rogers; designed with Xenia Moseley
Timber: Red oak
Richard and Ab Rogers wanted a ladder that would allow them to perch at a height where they could write, eat and work. Red oak was chosen for its receptiveness to steam bending.

Getting away from it all
Commissioned by Terence Conran; designed with Sebastian Cox
Timber: Red oak and cherry
Sir Terence's "cocoon-like desk" includes curved screens made from 2mm red oak strips which were soaked in a stream to ensure they were supple enough for weaving.

Room
Commissioned by John Pawson; designed with Studio Areti
Timber: White oak and walnut
John Pawson's wish was for a family of elements for the country house he is remodelling. The result was shelves, hooks, a dimmer switch and a door, tapered so it always looks half open.

6x500
Commissioned by Amanda Levete; designed with Win Assakul
Timber: Walnut
Amanda Levete often entertains up to 18 people at her 4.8m-long dining table and wanted a long and reversible serving dish. She also asked that the storage box be as beautiful as the dish. The contoured walnut dish with brass edging is in six hand-carved pieces.

Tulipifera sharpeners
Commissioned by Norman Foster; designed with Norie Matsumoto
Timber: Tulipwood
A pencil is a constant companion for Norman Foster so he asked for "a pencil sharpener for three sizes capable of sitting on a desk and with a compartment to receive shavings". The wish extended to a family of sharpeners as the architect has more than one desk. He chose tulipwood for its "marble-like" grain

A stool for the kitchin
Commissioned by Alison Brooks; designed with Felix de Pass
Timber: Cherry
Alison Brooks wanted an object that she would not only own but also put into production. The stool comprises a cherry seat and post that was steam-bent into three legs. It is carbon neutral. 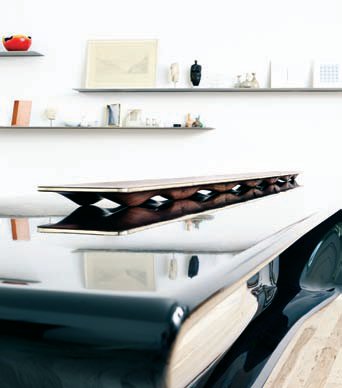 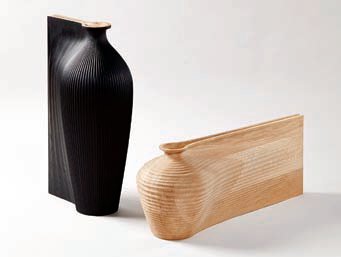 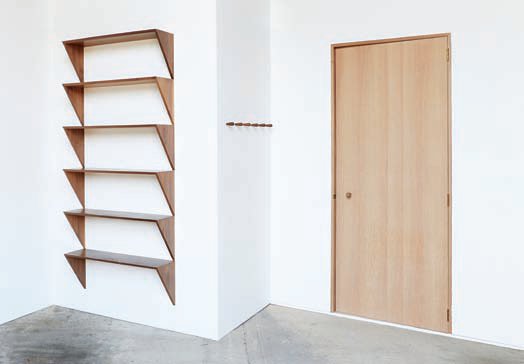 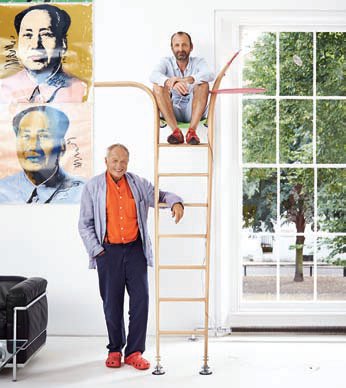 The ladder that likes the wall. Photo Credit: Petr Krejci 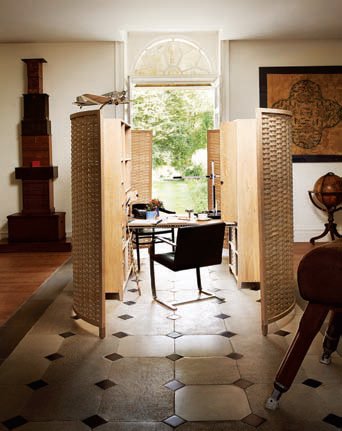 Getting away from it all. Photo Credit: Petr Krejci 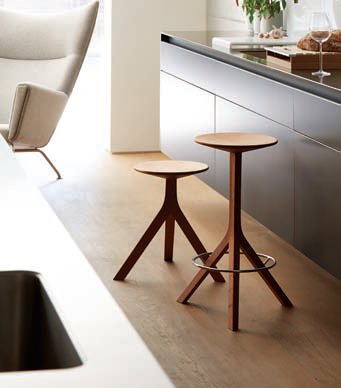 A stool for the kitchin. Photo Credit: Petr Krejci 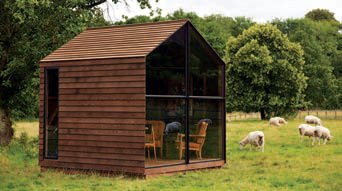