New Zealand remanufacturing sawmill, KLC NZ has pushed back the technical boundaries in radiata pine processing, and the UK is one of the target markets for the results. Mike Jeffree reports.

The latest developments at KLC, based in the Kaingaroa Forest, 50km from Rotorua on New Zealand's North Island, are in line with the way it's evolved since the start in 1997. It has always been technology-driven; keeping a weather eye on latest machinery advances and how they might develop output, boost cost-effectiveness and raise production standards.

"We've never been in the business of supplying run-of-the mill products," said Mr Lewis. "Our aim has always been quality, and differentiating ourselves in the market. That means constantly evaluating the capabilities of new processing machinery."

He began the company by setting up a custom kiln-drying operation from scratch on a mothballed NZ Forestry Service site. It was a profitable concern, with potential for development in its own right. But Mr Lewis saw it as the launch pad for a bigger move downstream, and rapidly went into further processing, referred to in New Zealand as remanufacturing.

Stage one was the the installation of a manual docking line and two Weinig moulders, marking the start of a close 16-year relationship with the German technology producer and its local agent W&R Jack.

Over the next three years docking went automatic, and a Weinig 22B planer, GreCon CombiPact vertical finger-jointer and Dimter cross-cut were added to the machinery line-up. Three more kilns and an associated wood-fired boiler were also installed, doubling drying capacity.

Over the coming decade, the company continued to advance, augment and upgrade. And each step, said Mr Lewis, was founded on detailed scrutiny of the performance of existing equipment, including assessment of maintenance requirements, service and support. Next, this led to the introduction of a dual optimising line and scanner and an additional horizontal finger-jointer.

Since then the company has moved up yet another gear, given added impetus by growth in exports to Australia, and an uptick in demand in Auckland, New Zealand's largest city, and from the massive reconstruction programme following the Canterbury earthquake.

This latest NZ$30m development programme amounted to one of New Zealand's biggest remanufacturing mill investments ever. It was also a major logistical exercise. The hardware arrived in a total of 29 containers, at an average of four a day. Despite the complexity, however, it took just 15 months to complete, including the new building, and the plant came on stream in May 2012.

Besides increased productivity and capacity - KLC can now process 3,500m³ of remanufactured engineered products a month - adding the "While maintaining quality, it has enabled us simultaneously to produce more diverse end products and improve yield and flexibility to meet the demands of individual markets," said Mr Lewis.

Any curves in boards after processing by the new Weinig Powermat 2500s are eradicated when the material is cross-cut. The associated Luxscan, meanwhile, not only boosted recovery by 5%, its precision has increased the proportion of higher grades in the KLC mix. The Dimter subsequently removes all defects specified in the optimisation plan.

Most output is finger-joint blocks, although, where possible, KLC also produces appearance or structural cut-to-length components.

The company has two paint lines, providing a range of finishing options and, in another key aspect of the plant upgrade, which alone cost NZ$10m, it re-engineered and upgraded its treatment facility to use Osmose's micronized copper treatment MicroPro. The result is Generation II MicroPro, a pre-primed fingerjointed range, treated before machining and glued with Purbond finger-joint adhesive.

The new range, said Mr Lewis, has been another success, with the Purbond proving impervious to the vacuum pressure impregnation and kiln drying.

"Generation II is dimensionally accurate and stable and ready immediately, and the MicroPro doesn't produce a disagreeable odour, a problem with other NZ and Australian treatment systems," he told NZ Timber magazine.

One reason KLC's hi-tech development has broadened its export horizons - and it was already established in Australia, Asia and the US - is that it has enabled it to offer a wider range of performance products and, said Mr Lewis, respond more readily to export market trends and individual customer requirements.

In addition, the automation levels and higher yield have enabled it to remain internationally competitive, despite being in a high labour and raw material cost country. And this, said Mr Lewis, has become even more of a challenge in recent years.

Rising to cost challenges
"New Zealand has a policy of non-intervention in financial markets and the NZ dollar as a result has recently strengthened to NZ$0.88 against the Australian dollar and NZ$0.85 against the US dollar," he said. "At the same time, log exports are uncontrolled, so we are competing for our radiata pine against huge sales abroad, notably to China. Consequently raw material is 35-40% of our sales value. With labour rates amounting to another 16-20%, this means we have to be even more on top of our game in terms of efficiency."

But why is KLC exploring the potential of the UK, and other European markets, in particular, where it has not previously been very active?

"With Chris Osborne, a familiar face in the APAC and UK timber industry from his directorships in Weinig and Homag, and who we've known since 1991, we've taken a close look at UK market opportunities, and believe we now have a totally unique and marketable proposition for UK distributors targeting exterior cladding and joinery sectors," said Mr Lewis. "With the increase in house construction, we can also see great possibilities for MicroPro treated exterior products.

"We're not going to be cheapest on the market, but what we produce, we produce very cost-effectively and, quality for quality, we believe, we're very competitive."

What makes KLC products stand out, he added, is the combination of the timber and processing quality, plus radiata's multiple green credentials. The fast growing timber is all FSC certified and 100% plantation stock and, of course, the high-yield KLC plant makes maximum use of the resource.

"It's also naturally very clear, and the appearance is enhanced further by the optimising process," said Mr Lewis.

Radiata is not naturally durable but the MicroPro treatment gives it "cedar-like resilience". And "not far away from cedar" is wher KLC is pitching it in terms of price.

"In New Zealand people expect their wood windows to last three generations and we're selling MicroPro three-ply window sections with a 50-year warranty," said Mr Lewis. "So this is a value proposition we're bringing to market."

The timber also machines well and, although KLC says waste and offcuts should be minimal, thanks to the level of optimisation it undertakes, in association with Osmose it is also now evaluating UK rules on disposal of MicroPro-treated material.

"In New Zealand we're permitted to burn chips and sawdust in boilers as non-hazardous waste," said Mr Lewis. "So we don't envisage issues."

The products KLC is bringing to the UK are the MicroPro exterior cladding range, laminated scantlings for windows and doors, and construction elements for housing and outdoor buildings. Early reactions from UK distributors and end-users are reported as "extremely positive" and the company expects to have several "UK working partner" distributors early in 2014.

"In fact, we're already sending a prototype delivery to an outdoor building specialist," said Mr Lewis, "and they will exhibit the resulting range at all the main home shows in 2014." 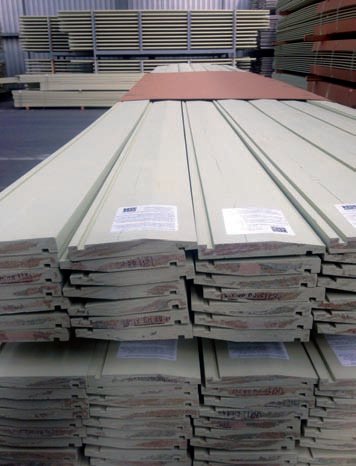 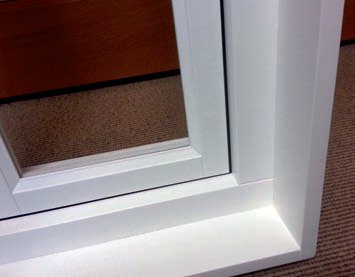 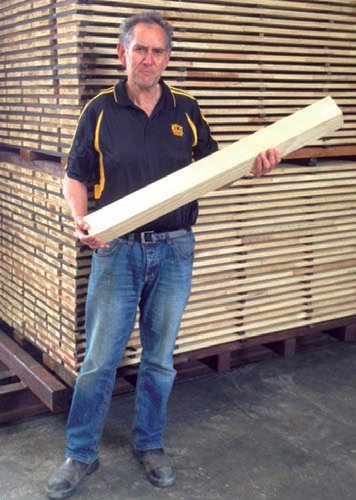 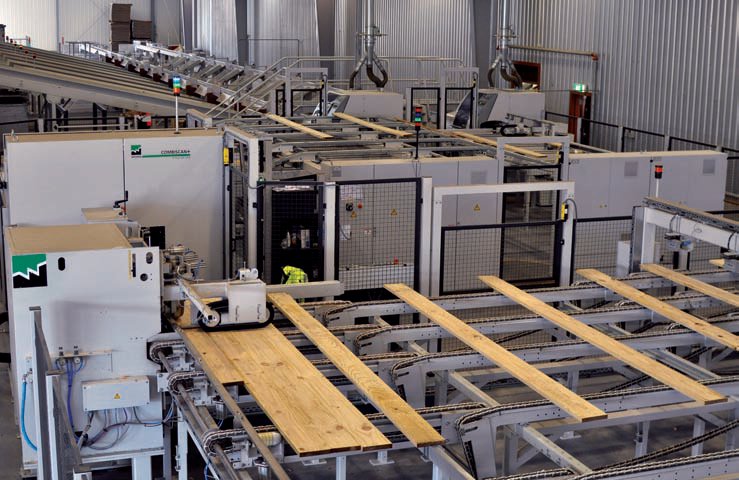