Wising up to energy efficiency

Frame Wise has been at the forefront of developing Fabric First, the concept that was founded on the principle of constructing the most airtight building envelope possible, with minimal thermal bridging, thus reducing heat loss and creating an energy-efficient building without the need for bolt-on renewable technologies.

In developing Wise Wall, our wall system series, we found it was possible to reduce thermal conductivity with relatively minor changes to construction methods at little or no extra build cost.

Wise Wall T (Twin Wall System) is the next generation of closed panel systems developed to narrow the performance gap between theoretical insulation values and actual site values. The entire system is factory built, without the need for any additional labour on site to complete the wall structure.

It incorporates breathable wall technology, which negates condensation build-up within the structure.

The system has already been well received, both in terms of industry recognition - it won the 2013 TTJ Timber Innovation Award, which was sponsored by TRADA and Timber Expo - and in projects on the ground.

One environmentally-conscious couple appointed us to develop a sustainable timber home, since hailed as one of the most energy efficient self-build properties in the UK.

The 310m² six-bedroom house took only three weeks to make watertight and the timber element came in at just under £50,000. The timber frame has been used to its full potential to create an ultra low-energy home that doesn't rely on any heating or cooling systems. There is no provision for a conventional boiler, with heating and hot water provided by a wood burning stove with an integrated back-boiler.

The Twin Wall System comprised two separate 90mm studs with a 110mm middle cavity. The studs were filled with three 100mm 035 mineral wool batts and the walls were clad externally with foil thermo vapour barrier, followed by a 45mm cavity and then brick and block render. Internally, the system featured a Pro-clima airtight membrane on the inner stud, a 25mm batten and 15mm plasterboard.

The system helped achieve a U-value of 0.11W/m²K and enabled the house to achieve a Code for Sustainable Homes Level 5. It was also the first timber frame construction to have a full Technology Strategy Board Building Performance Evaluation.

But it's not just the self-build community that has embraced the system. One of the best illustrations of that is the new education centre at the Shrewsbury Sixth Form College.

Speed and sustainability were two crucial elements for the college's Earth Sciences centre, now known as the Severn Building. It was built using Wise Wall T combined with factory built roof overhang cassettes that were craned into position to speed up the build process and deliver incredible accuracy.

There was huge time pressure to get the new building open by the start of the 2012/13 academic year and, despite access restrictions, the structural timber frame was erected in three weeks, coming in under budget at £125,000.

The use of Wise Wall T maximised the useable floor space by integrating the insulation into the timber fame during the factory fitting and achieved a superb U-value of 0.12W/m²K.

The Severn Building is an impressive, sustainable education space delivered in a record time. Students and staff are delighted with the light, airy environment and the building is both aesthetically pleasing and functional.

The Wise Wall T solution has been designed to fulfil the market demands across private, commercial and public sectors to meet Building Regulation changes and the move towards Passive principles of design.

As energy prices rise and awareness heightens, consumers and businesses alike are looking to such innovations to provide more sustainable and energy-efficient buildings.

Offsite building methods are increasingly being adopted to fulfil the housing demand as the market recovers and to generate the capacity required following years of lack of investment in the sector. As a result, the speed of construction and energy efficiency Wise Wall T delivers have been in great demand. 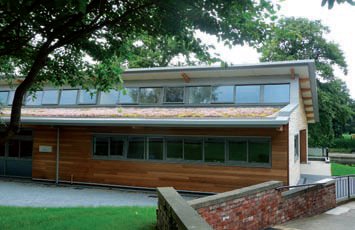 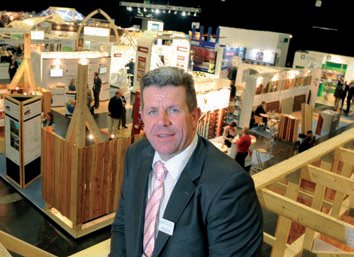 Simon Orrells: Frame Wise has been at the forefront of developing Fabric First 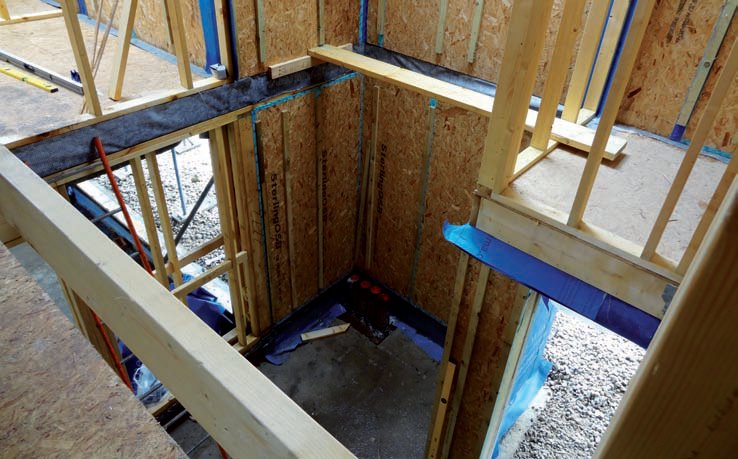