Landscape gardener Reese Fletcher is doubling down on his charity efforts to spread Christmas joy for vulnerable children this December.

Mr Fletcher, who is from Kippax in Yorkshire, crafts and sells wooden Christmas trees for £10, with the funds raised then being used to buy Christmas presents for young people in and around Leeds. By December last year, with support from BSW Group, which donated materials, he had raised an impressive £10,000 from interest in the local community.

Now he wants to go even further. This year he has set an ambitious target of £50,000, which would be derived from Christmas tree sales and online donations, meaning those who do not live locally are still able to make a difference.

“We know it’s an ambitious target, but we want to do something big this year to make a real difference. As the cost-of-living crisis bites, our community partners have advised that the number of school children struggling has doubled in the last 12 months.”

Since 2020, thousands of trees have been crafted by Mr Fletcher and a team of five merry elves – 300 in the first year, 900 last year and 800 so far in 2022. With interest peaking last year, his Justgiving page is seen as a way to boost funds to invest even more into presents, while collection points are being set up to aid distribution of the £10 trees.

“We had such a huge interest last year, that we have set up a donation page for 2022,” he said. “This way, even if we can’t produce 5,000 trees through sales, people can donate to the cause and help us to buy as many toys for vulnerable children this Christmas.”

Owing to the scaling up plans for the project, Mr Fletcher has had to arrange collection points after delivering up to 70% of the trees bought in 2021 himself, with the remainder being sold at markets or through collections.

“Last year we did about 60-70% of the deliveries and we even had people driving two to three hours to collect trees from my own house. This year I’m working on collection points and Christmas markets in Leeds and the surrounding areas, to get the trees out to the public.”

And Mr Fletcher is calling in some help from his friends to push the 2022 campaign. While TPS Building Supplies will help to distribute 60 trees, BSW Group has donated 756 lengths of timber for the second year running.

“We were keen to support Reese’s efforts when he reached out to us and told us what he was aiming to do,” said James Brennan, BSW Group marketing manager. “This is our second year supporting the project and it’s going from strength to strength. This year, more and more families are visiting food banks, and as Christmas brings affordability into the spotlight, we hope that our donation, and Reese’s campaign, can ease some of those anxieties for families across the Yorkshire region.”

Mr Fletcher is urging the public to pop down to a range of Christmas markets in the area to make a vital contribution.

“We’ve already organised more than 10 stands at Christmas markets in our local area, but we can go further afield within reason. We wanted to push further on our efforts from 2021 so we’ve set an ambitious target, but we’ll react to demand and do as much as we can to make this our best year yet.”

With the funds raised through Christmas tree sales and Justgiving donations, Mr Fletcher will then purchase toys to distribute across Yorkshire.

“We are working alongside a lady from the local community who looks after vulnerable families in between 15–20 schools in the local area, as well as a vulnerable children’s charity in a village close to Kippax, where residents are in one of the highest poverty areas (bottom 5%) in the UK.”

To make a donation to the campaign, visit Mr Fletchers dedicated Justgiving page. 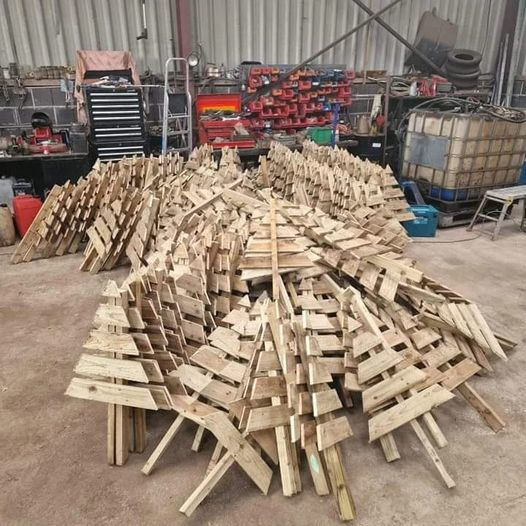