Homag, the world’s largest woodworking machinery manufacturer, has held a groundbreaking ceremony for a €10m extension to its main Schopfloch production site in Germany.

The company is expanding and modernizing its production capacities as part of the largest investment programme in the company’s history.

The extension, measuring approximately 6,700m2, is planned to be used for assembly and shipping.

CFO Rainer Gausepohl explained that the plan is to close down some of the current assembly sites outside Schopfloch and to reduce external warehouse space.

“We will thus save rent and transport costs,” said Mr Gausepohl.

“But the biggest benefit of the new building lies in the optimization of processes and an improved material flow within the plant.”

The new extension is due to be completed by early 2022 and is scheduled for gradual commissioning over the first six months of 2022.

As announced in April, the company wants to invest around €100m over the next three years, of which a total of €60m-80m is earmarked for modernizing the Schopfloch headquarters.

It will house a customer centre, modern office buildings, a contemporary staff restaurant and a logistics centre. The construction of a new plant is also being planned for Poland. 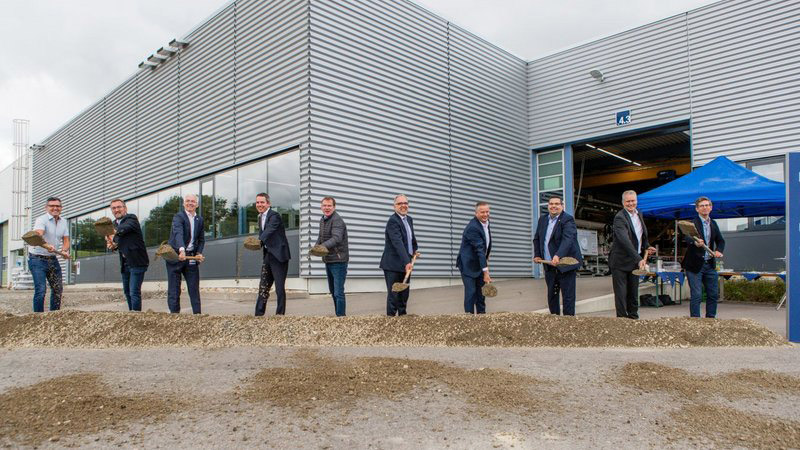 Groundbreaking ceremony of the extension at Homag's Schopfloch production site