Panel production giant Norbord has reported 2016 adjusted earnings before interest, tax, depreciation and amortisation (EBITDA) of $383m – a more than threefold increase over 2015.

Norbord reported annual production records at seven mills during 2016 and said the modernisation and expansion of its Inverness mill in Scotland was on track for start-up in the second half of 2017.

He said $45m in synergies had been achieved from the integration of the Norbord and Ainsworth businesses.

“In Europe, our panel business delivered its 27th consecutive quarter of stable adjusted EBITDA in US dollar terms, despite the post-Brexit translation headwind of a weaker Pound Sterling.

“OSB is accelerating market share gains versus plywood, driving double-digit demand growth in our key UK and German markets. Our project to modernize and expand the Inverness, Scotland OSB mill to serve this rapidly growing customer demand is on-schedule and within budget for start-up in the second half of this year.”

In North America, US housing starts were approximately 1.17 million in 2016, up 5% from 2015. Single family starts, which use approximately three times more OSB than multifamily, increased by 9% in 2016. US housing economists are forecasting 2017 starts of approximately 1.25 million, a further 7% year-over-year improvement.

In Europe, Norbord’s core panel markets remained strong, with double-digit OSB demand growth in both the UK and Germany.

In the UK, where three of Norbord's four European mills are located, GDP grew at 2%, unemployment dropped below 5% and housing starts activity remained firm.

In Germany, Norbord’s largest Continental European market, housing starts increased by 16% representing the eighth consecutive year of growth. Reported European panel prices in US dollar terms were impacted by the significant devaluation of the Pound Sterling following the Brexit referendum in June.

In local currency terms, OSB prices in the UK were 5% lower on average but have firmed by about 5% since their post-Brexit lows.

On the continent, OSB prices were up slightly on average, after firming in the first half and softening in the second half of 2016.

In Europe, shipments increased 2% over the prior year. All European panel mills ran on full operating schedules during the year, excluding maintenance and holiday shutdowns, producing at 99% of capacity in 2016, up from 97% in 2015 and in line with the increase in shipments. Annual production records were achieved at both OSB mills. 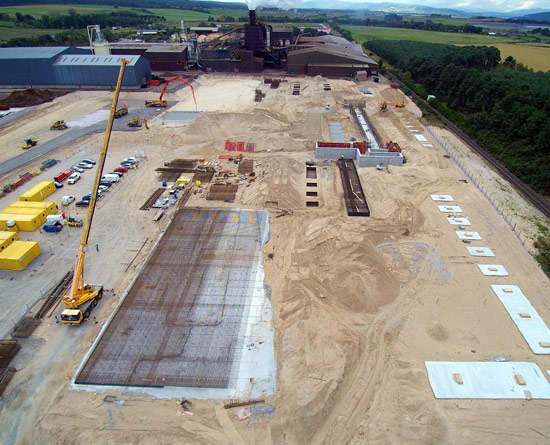