Bergs Timber and Södra were two large Nordic sawmillers to make announcements after UK and European government restrictions aimed at slowing the spread of coronavirus reduced demand in the construction products supply chain.

“The effects of the coronavirus crisis are beginning to be seen in lower demand for wood products,” said a Bergs statement.

“Bergs Timber has a large share of its sales to the UK market where demand now has fallen rapidly. In order to achieve a balance between production and demand, a number of changes will be made.”

Bergs has agreed with the trade unions to start short-term work at the Orrefors sawmill after Easter. At the sawmills in Mörlunda and Vimmerby some adaptation of work shifts has been carried out and temporary workers have been laid off.

In the short term, the production volume at the sawmills will be reduced by about 30%, with production rates revised continuously. In the Baltic and UK operations, layoffs will also be implemented, Bergs said.

Negotiations with the trade unions regarding the closure of the sawmill in Gransjö have been completed. The sawmilling operation will cease in April and the entire operation at the mill will be discontinued during the fall of 2020.

“Deliveries during the beginning of 2020 have been good and our stocks are low for the season which is a strength in this uncertain situation,” said Peter Nilsson, president and CEO of Bergs Timber.

“Many of our markets work well, while lower demand from the UK market has a major impact on our operations. We have a readiness quickly to increase capacity again as demand increases.”

Meanwhile, Södra Wood is implementing temporary partial furloughs at its production facilities in Mönsterås and Orrefors due to the UK and Republic of Ireland demand reduction. Södra said its UK division and the production facility in Hamina, Finland, may also be affected by the decision.

“We have noticed a sharp decline in demand in the UK and the Republic of Ireland in the last week,” said Jörgen Lindquist, president of the Södra Wood business area.

“As a result, we are quickly adapting our production to maintain a healthy balance between supply and demand. The ability to implement temporary furloughs will allow us to quickly increase production again once the demand begins to increase again.”

The Swedish government has announced it will provide financial support to compensate for the reduced hours of workers. Södra Wood’s total production will be temporarily reduced by 25%.

Sodra said it had well balanced stock levels and reported steady demand in its European markets and positive signs of a recovering Asian market.

“All other facilities that do not deliver to the UK will maintain normal levels of production until further notice,” concluded Mr Lindquist.

Setra Group said its ambition was to run its business as normal as possible to the “best of our ability”.

“So far, we have not experienced any major deviations, and production is doing well,” said Olle Berg, Setra’s EVP market & business development. “Deliveries are the biggest challenge, but we do our utmost to ensure that customers do not suffer any consequences.”

Mr Berg said the situation was difficult to assess as it changed from day to day and affected countries and continents in different ways.

Austria-based sawmilling giant HS Timber Group (formerly Schweighofer Group) said a central part of its mission was to support communities in the locality of its production sites. It is spending €230,000 on protective clothing and lab equipment for Covid-19 testing as a result.

“Even if we increase the spatial distance [between us], we move closer together socially and will master this situation – together,” it said.

Fellow Austria-based sawmilling group Binderholz said production remained ongoing at all of its locations. “We attach great importance to ensuring the security of supply and service to our customers,” it said. 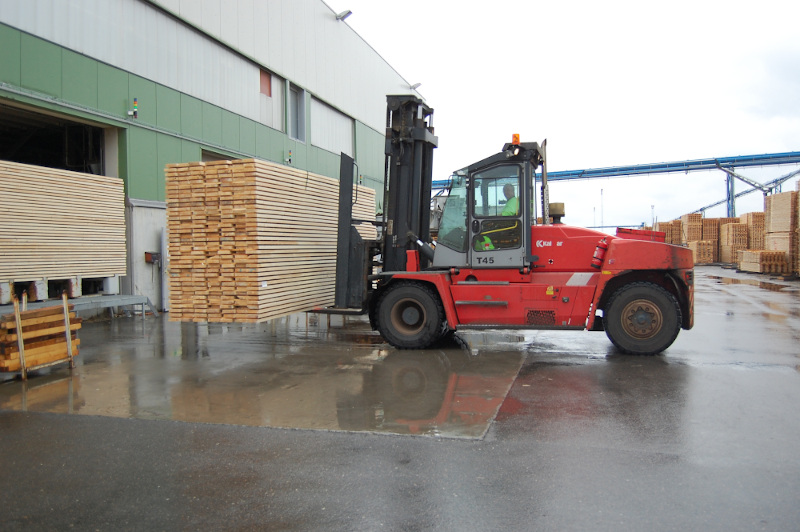