The business, which is finding COVID-safe ways to celebrate the milestone, was founded on the site of a former railway yard in the Cambridgeshire village of Gamlingay by two former directors of Potton Timber, Tony D’Alton and Terry Emery, on May 11th, 1981.

Like many long-standing businesses in the construction sector, Pinewood experienced the cyclic nature of the industry and after a tough start the company stuck to its core business of delivering timber frames to major house builders, becoming a significant employer in the village.

During the 1990s, it built a lasting relationship with a number of core clients which saw the business transition into a valuable asset allowing Terry and Tony to eventually exit the business in 2006. Terry moved to Australia, but Tony still lives in Gamlingay.

Their timing was perfect given the crash of 2008 and the ‘lost years’ of the housing market. Thankfully in 2013 the market rebounded, and the company’s fortunes have gone from strength to strength.

The company retains the values and beliefs of the founders which can be summed up as ‘putting the customer first’. Pinewood still holds true its core focus of delivering timber frame walls, floors and roof trusses to the construction industry and is fortunate to serve several leading national and regional housebuilders as its clients.

More recently, the company has increased its product range by offering ‘One-Roof’ panelised roofs to meet the increasing demand for a room-in-the roof. These are also being installed on traditional, masonry homes.

Although still very much at the start of the journey, Pinewood has already booked over £1m in orders for this product.

The company’s financial year runs April to March, and having just closed the books on last year, there is a sigh of relief that despite two months of government forced shutdown due to the Covid-19 pandemic in April and May 2020, Pinewood’s results remain strong and bode well for the future.

“We would like to take the opportunity to thank everyone who has worked with us in one way or another over the past 40 years, as we look forward to our next milestone,” said Geoff Arnold, managing director. 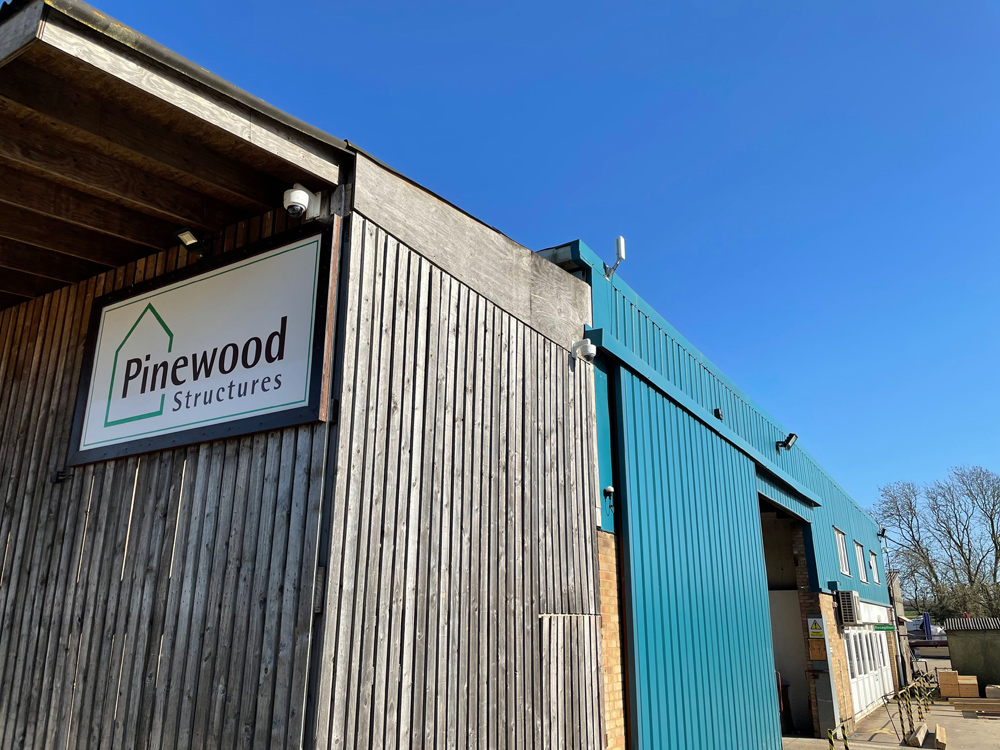