Softwood e-update: Overstocks and lower prices the order of the day

As imports continued to pile into the UK through September and October, the on-the-ground demand for softwood hit a brick wall leaving most stages of the supply chain over-stocked, writes TTJ’s Softwood Specialist.

The downward pressure on price, although not as severe as the decline seen in 2019, has already led to evidence of write downs by some traders to liquidate parts of their inventories.

The softwood market has been trading on a high since April 2020 and the cost of softwood kept rising rapidly through most of the subsequent 18 months. That is until the end of Q3 of this year.

Since September, the market price has fallen back gaining a downward momentum through Q4. Softwood appears to have generally weakened by around 23% from the recent peak levels seen in June and July.

That is not anywhere near the unrealistic levels of 2019 when prices went rapidly backwards by more than 35% over Q2 and Q3 and from a much lower starting level.

To get some idea of the current situation an allowance must be made for timing, when data collated from import statistics remains around 2 months behind actual shipments. By the end of Q3 over 6.2 million m3 of softwood had landed in the UK. Demand for a whole year would normally be around 6.5 million m3.

Due to overstocking and a fall in prices, some buyers have been trying to cancel or delay as many un-shipped contracts as possible, particularly those agreed at top prices. But a surplus close to 1 million m3 in excess of demand could happen.

If that was the case, trading could be minimal until February or March before supply and demand came into balance and new contracts were shipped.

Carcassing and joinery grades alike have been affected by current market conditions, and reflect the same issues of falling demand, high inventory levels, and price vulnerability.

However, pallet wood has been flowing reasonably well and one port contact confirmed that loads of boards and block wood were being called off at a fast daily rate.

To counter an uncertain market, several Nordic groups are keeping a very tight grip on production, and there is every reason to expect Baltic mills to make any necessary cuts until demand picks up.

For the present UK market, how Q4 plays out in reality will be critical in determining the strategies for the first quarter of 2022. Several traders are currently writing down their landed prices to turn inventories into cash. This inevitably means making a loss on that portion of stock. 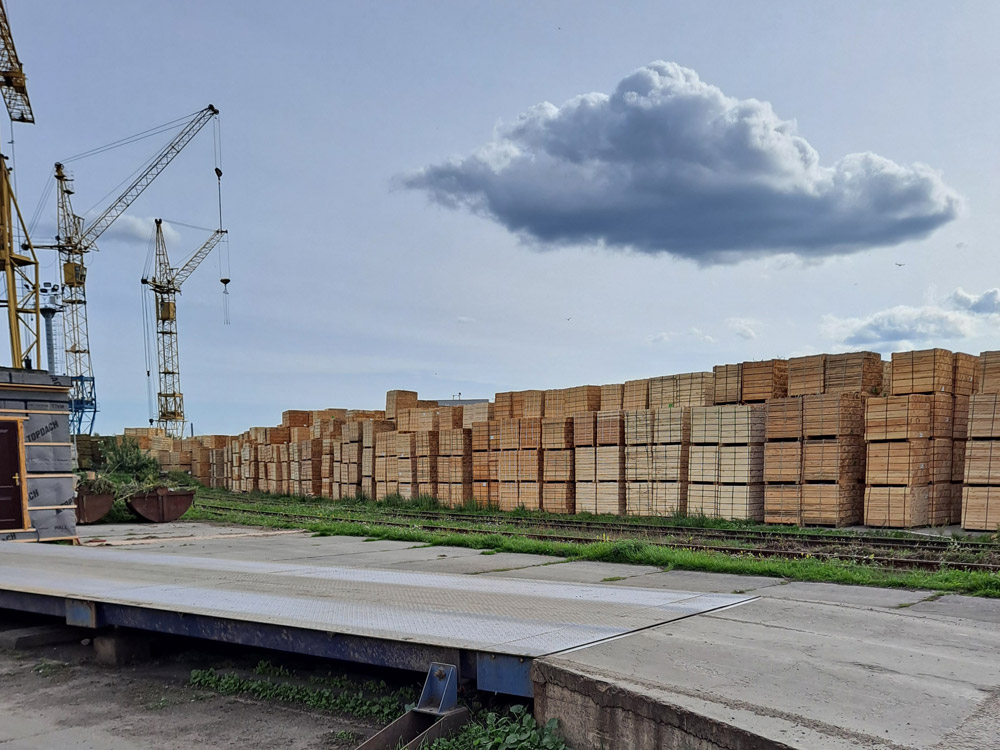 Wood at the port of Riga