Timber ship runs aground in Sweden

A ship carrying timber from Sweden to North Africa has run aground in the estuary of the Angerman River near the beginning of its journey.

The 130m long ship – the Koningsborg – ran aground on a sandbank at Sandö, northern Sweden on June 24 after developing engine problems. The location is near where the river feeds into the Bay of Bothnia.

A statement from the Swedish Coast Guard said it had worked to minimize the risks of oil leaking into the water. “The ship had a pilot on board when they suffered a so-called ‘blackout’ and lost manoeuverability,” said the Coast Guard’s Roger Gebauer.

“We at the Coast Guard handle a number of groundings with ships of this size every year, but the circumstances vary both in terms of the cause of the accident, weather conditions, cargo and the type of ground the ship is on.”

The ship is headed for Morocco. 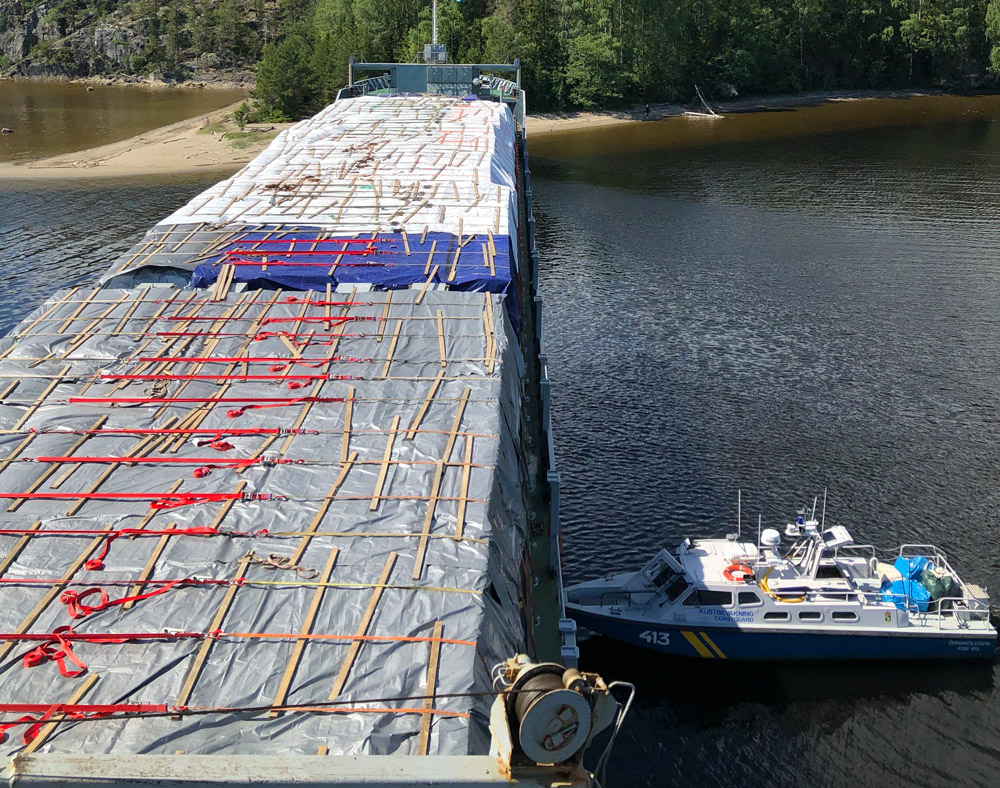 The timber carrying Koningsborg stuck on a sandbank in the River Angerman. Photo: Swedish Coast Guard