Brexit – the need to engage

With Brexit negotiations under way it’s more important than ever that the UK timber trade is heard by decision makers and that it engages with its European counterparts, says TTF president Keith Fryer

instead of the start, my perspective changes. In the past I was always on a charge; time was short and it was about getting things done. Now it’s more about the strategy and trying to make a difference. I recognise there are issues to address over the long term and that I can at least try to help the process.

Brexit is a game changer, but the problem is how will the game change and what will the new rules be? The Timber Trade Federation is acutely aware of the need for engagement, as are the British Woodworking Federation, Structural Timber Association and Builders Merchants Federation. We’re working hard to be there for our members, through our joint venture, CTI, which has its own All-Party Parliamentary Group (APPG). We recently met the new APPG team at the House of Commons and it’s clear they recognise the need for collaboration.

Working with them we can find ways to engage with and alert decision makers to the ramifications of their plans. We know our ability to influence will be limited but it’s still crucial. At worst we will know what’s heading our way and perhaps we might even find that we’re there at the moment when we’re needed.

We need to be in the thick of things in Europe too. Unless there’s a seismic shift in the current discussions, the UK will be leaving the EU and no matter what arrangements are made on trade, they will be different from the current set-up. The TTF has a responsibility to its members to ensure we smooth out as many peaks and troughs as we can.

That’s why the TTF has been working hard to build its relationships within Europe through CEI-Bois, the organisation of European timber trade federations. With only a limited amount of resources available, we decided to put our entire effort behind CEI-Bois. We have done this as we need a very sharp focus. I am now on the CEI-Bois board and Dave Hopkins is closely involved as well. At the recent General Assembly in Vienna it was agreed the TTF would head up a new working group for trade. It’s probably the most important group to be involved in at present and this shows our commitment and enthusiasm to work with our European colleagues to ensure the continued passage of timber products.

We can learn a great deal from the rest of Europe and no matter what happens, the EU and its trading companies will continue to play a massive part in the UK timber trade. Regulation and oversight will impact on us. One area where many European companies excel is their commitment to training, education and career mapping. While the UK timber industry is making progress in this vital area, we have a long way to go before we can feel assured that we have a proper grip. The Vienna General Assembly deliberately coincided with the Schweighofer Prize. This competition for innovation in the timber industry is highly sought after. The first prize alone is worth €200,000, with other significant monetary prizes beneath that.

The Schweighofer group derives some excellent publicity. The prize-giving was held in Vienna’s town hall where the 800 guests included the Austrian president and many other European statesmen. It was a fascinating evening. You could sense the closeness of the leaders of the largest timber organisations as they discussed issues of mutual relevance. Sadly, the UK didn’t seem to even register on the map.

Be honest: how many of us had even heard of the Schweighofer Prize? Yet it’s a highly sought-after accolade and the opportunities that flow from it are vast. The UK is a huge net importer – the biggest customer for European timber products in many sectors – but let’s also remember that we can benefit hugely from being aware of what is going on across Europe. 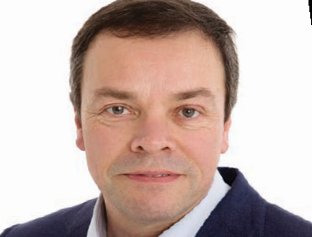