The business perils of uncertainty

The UK panels sector continues to grow and invest for the future, but like the rest of industry, above all else on Brexit, it wants clarity, writes Wood Panel Industries Federation director-general Alastair Kerr

I have a personal rule to avoid speculating about the future and another to never express commentary on the politics of the day in the name of the industry. With that said, it was always going to be a challenge to respond to a request to write about the impacts of Brexit from a Wood Panel Industries Federation perspective. Following the best traditions of the Bank of England, it’s always better to consider scenarios rather than forecasts.

Deal or no deal, modified deal, no Brexit, delayed Brexit, Brexit but only after a confirmatory referendum etc, etc. The only certainty is that all of this adds up to a whole load of uncertainty. On this, I think it’s fair to say that the predominant message from industry groups back to government is that uncertainty brings negative consequences and therefore should be minimised.

The potential ramifications are of course many and varied, but a common issue is that it’s next to impossible to plan for any particular outcome, so other than doing some critical risk analysis there is very little else a business can do in the short term without risking tying up a lot of capital in an outcome that may not come to fruition.

There has been an impact on the strength of the pound but even here currency fluctuation is something that business has no control over and what goes down today will usually return to trend tomorrow.

Whilst outcomes can’t be predicted, impacts can be monitored and in this regard it’s the impact of uncertainty on end user markets that are being closely watched.

The majority of panels manufactured in the UK and Ireland are destined to be consumed in the UK, therefore how end user markets develop is a critical determinant of future action.

Whilst there is commentary that some end markets are showing signs of slowing there are others that are more upbeat and generally the consensus seems to be that Q1 started reasonably strongly. Markets move all the time and whether or not the ‘Brexit’ factor is having a greater influence on this is anyone’s guess but at the end of the day I’m not sure it really matters, because what overrides everything in the long term are the essentials that underpin the economy and the key drivers that influence major markets. In this regard, nationally the demand for new housing remains a strong force and one that has significant influence for our member’s products both directly and indirectly.

If you want to know what the panel industries perspective is, you need look no further than past issues of the TTJ and particularly on recent announcements about investments. The industry is investing in new capacity, value adding and plant upgrading. These investments look to the medium and long term and over this time we can only hope that Brexit will be a distant memory.

“It is next to impossible to plan for any particular outcome, so other than doing some critical risk analysis there is very little else a business can do in the short term without risking tying up a lot of capital in an outcome that may not come to fruition” 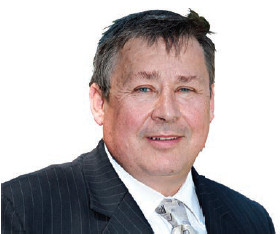