Time to state the carbon case

As the European timber industry deals with the fallout from pandemic, it must continue to state wood’s case as a key material for decarbonising construction, writes European Woodworking Industries Confederation secretary-general Silvia Melegari

The outbreak of Covid-19 impacted production operations and sales across most sectors of the European wood industries.

In the softwood sector production across Europe is projected to have declined by about 3% in 2020. The sector proved more resilient than expected thanks to a very strong performance from the DIY sector and a construction industry which held up well in Scandinavia and in Germany. However, by contrast, in southern Europe and the UK, construction declined sharply, which explains the much worse performance of softwood markets across the Mediterranean and in the UK compared to central and northern Europe.

European softwood producers were able to capitalise on the booming US market, where lumber prices were at record highs for some weeks, and shipments to China also recovered much faster than expected.

The European hardwood sector, on the other hand, could not benefi t from the relative resilience of construction and the DIY boom and was instead hit by the weakness of the furniture industry. It’s forecast that 2020 hardwood output may decline by as much as 20%. Adding to pressures in the sector was the lack of availability of containers and consequent high freight charges in the spring and autumn.

So, this was a testing year that will have long-term effects. While it is early days to say if societal trends which became apparent in 2020 are here to remain, with people spending more time at home ‘smart working’ and as the negative economic effects of the health crisis are felt in the months and possibly years to come, we can expect the renovation sector to be stronger than new build. The packaging sector might also be one of the long-term winners due to growth in online retail.

At the same time, wood as a building material is slowly but steadily gaining market share across Europe. The industry cannot rest on its laurels here though. Challenges abound. One is the fourth consecutive summer of bark-beetle attacks, mainly in central European forests.

While providing an abundance of raw materials in the short-term, this endangers the long-term future of spruce stands across the region. When the pest crisis is over, we can expect a relative shortage of raw materials.

This supply challenge might also be compounded by policy-decisions at EU level. The new European Forestry Strategy post 2020 and its implications for wood availability will be one of the key topics that CEI-Bois, with others in the forestry value chain, will engage on in Brussels in 2021. We will emphasise that the economic function of forests should be preserved alongside the social and environmental.

The wood industry welcomes that European policymakers increasingly recognise the benefi ts of using wood, including in building, as a carbon sink, something that has been acknowledged by European Commission president Ursula Von der Leyen herself. Now we must ensure that the renovation wave is a further driver for enhancing the use of sustainable materials, such as wood, so contributing to construction decarbonisation. 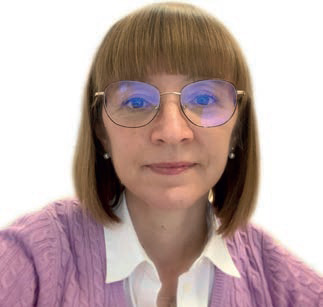