The International Softwood Conference: A View from the Outside

Although the UK Timber Trade Federation did not send a formal delegation to this year’s International Softwood Conference (ISC), the event was chaired by TTF president Keith Fryer and I was invited to make a presentation on the UK market.

With speakers and presentations from around the globe, the ISC tries to look at the world – both in terms of production and consumption. So it’s always going to give a broad overview, rather than a detailed look at any one market, but the general themes are important and well worth consideration.

This year’s event included the fact that world markets are almost all active – some very active, leading us to the continuing rise of the Chinese market. China is, of course, the world’s largest country by population, and its growing wealth, rising middle class and expanding cities are leading to an increasing use of softwood. At the same time its own forest availability is becoming more restricted. So China is sucking in wood, not just from Russia, North America and the Pacific Rim, but increasingly from European producers. Other Asian markets, the ISC heard, are also active.

North America remains strong and the US tariffs arising from the lumber trade dispute with Canada offer opportunities for European exporters.

Europe is also getting busier – markets vary but most are stronger than last year and predicted to stay that way. North Africa continues to be difficult, with a mix of civil unrest and shortage of fi nance restricting opportunities, but the Asian markets are taking up the slack.

At the same time producers continue to produce more. North America and Europe still dominate, but Russia’s production is growing steadily, with signifycant investment in new capacity, much of it in Siberia, for export directly to the Chinese market. There’s also new investment in north-west Russia.

The message from the UK was one of uncertainty. The market remains reasonably strong, with recent predictions of an increase in the sterling value of GDP and construction spend next year.

Softwood consumption is also predicted to show a marginal rise. At the same time there are significant concerns about Brexit and the impact of sterling’s depreciation on raw material costs. Higher costs are likely to squeeze customers’ finances and restrict their ability to carry out some projects. The balance of risk appears to be that UK activity next year will fall short of, rather than exceed, current predictions.

So how’s it all going to play out as far as UK timber is concerned?

No matter what problems we face there is no shortage of demand in the rest of the world. The UK remains the largest importer of wood in Europe, so suppliers are likely to continue to support it.

But given the relatively low returns currently available in the UK and the large areas of uncertainty as we move into the Brexit process, don’t expect too many favours from your overseas suppliers! 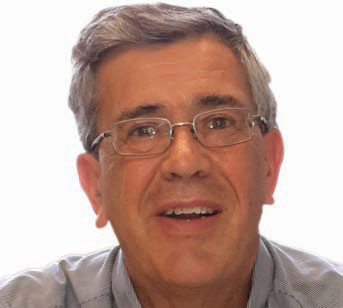