US Hardwood Heads for a Diverse Export Future

China’s tariffs on US hardwood imports have been a wake up call for our industry. Having this sort of brake on trade in a market that until recently has accounted for one in four boards from our sawmills is a major challenge for the industry.

Adding to the stress of the situation is the uncertainty. China has said it could increase the tariff from 10% to 25% and who knows if one mis-step in negotiations might trigger that.

Making the situation more difficult is that the imposition of tariffs has coincided with a slowdown in the Chinese economy, with predictions that its rapid growth cycle is now over.

It’s understandable that the US industry became so heavily dependent on one market. Chinese exports helped keep it going through the recession and until now it has been the simple solution when, as mills say, for every board they produce they can sell two to China.

But today a lot of boardrooms are discussing the long-term wisdom of having so many eggs in the China basket. There’s growing realisation of the need to diversify markets.

The US itself may provide opportunities, and there’s talk of some form of domestic promotion. But development of exports is also seen as key. There are clearly no ‘hail Mary’ prospects out there. So it’s a question of developing a spread of markets.

We see opportunities in the Middle East and North Africa, elsewhere in Asia and Mexico. India also has a lot of small to medium-sized businesses using a lot of timber, so that’s another focus.

There’s also renewed dedication to strengthening existing links and establishing new ones in Europe, which already has seven of the 12 biggest markets for American hardwood exports. That’s reflected in the fact that the 28 places in the AHEC pavilion at Interzum filled up within a minute of going online – they went like concert tickets!

Europe is a long-established market for American hardwoods: it’s high end, with a strong environmental focus – and the industry and AHEC have developed a range of tools, such as the American Hardwood Environmental Profile and our interactive forest map, demonstrating our hardwoods’ sustainability and legality credentials.

For European customers, this represents an opportunity to develop new US connections, get their hands on new species and get them into the hands of manufacturers. That includes red oak, which will be a major focus of AHEC promotion over the coming year.

We appreciate Europe has not been a big red oak user for a while. But market dynamics change and, in an increasingly environmentally aware world it makes ever more sense to maximise use of our most prolific and renewable species – and red oak comprises a third of the US hardwood forest.

The US also has new products to offer. Thermally modified timber production is growing and AHEC has been involved in evaluating hardwoods’ structural potential.

And this is not a case of turning to Europe until our Chinese problems blow over. I believe it marks a real change of mindset for the American hardwood industry. 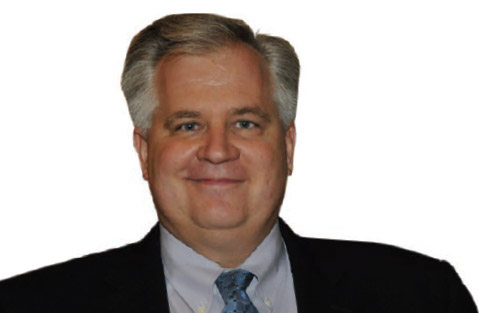