A collaboration first presented in 2008 by the American Hardwood Export Council (AHEC) and Sir David Adjaye is part of an exciting new exhibition at the Design Museum, London.

Sclera, originally commissioned for the London Design Festival, is one of seven projects featured in David Adjaye: Making Memory, which runs until May 5.

British-Ghanaian architect Sir David Adjaye explores the role of monuments and memorials in the 21st century through seven of his projects. He examines the idea of the monument and presents his thinking on how architecture and form are used as storytelling devices.

A fragment of the Sclera pavilion is showcased in one of the exhibition rooms. The original Sclera was an elliptical 12x8m American tulipwood outdoor pavilion located near the river Thames on the Southbank Centre Square.

The fragment at the Design Museum, which has been replicated following the original drawings by craftsman makers Benchmark, measures 4.5x3.4m and invites visitors to get a glimpse at what the original experience inside the pavilion was like, and to explore the look and tactility of the tulipwood.

“We are delighted that Sir David Adjaye has selected Sclera as one of the monuments to be included in the Design Museum's exhibition,” said David Venables, European director of AHEC.

“Sclera was our first structural experiment with American tulipwood, as well as our first collaboration with the London Design Festival (LDF). We have since gone on to push the species’ boundaries through research and various other landmark projects with LDF.”

“We always welcome the opportunity to make things with tulipwood, not just because it works really well, both machining and handwork are a joy, but significantly because tulipwood is a massively undervalued resource. It is plentiful in the North American forests, fast growing and highly sustainable as a material. It has good strength to weight properties and good stability. Quite why it has been historically so undervalued is a mystery to me, but at this point in time it is a good value hardwood.” 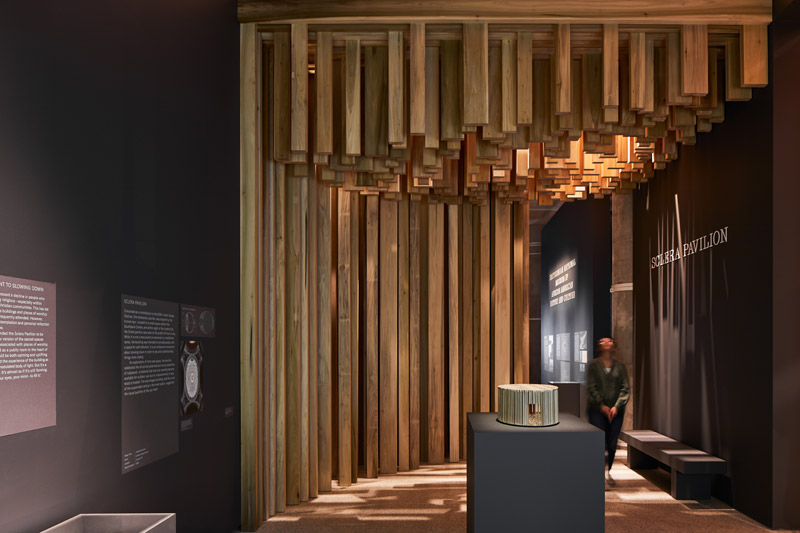 The Sclera segment in its entirety at the Design Museum as part of the David Adjaye: Making Memory exhibition PHOTO: ED REEVE