Major concerns weighing on the property sector amid continued Brexit uncertainty were quashed at the National Homebuilding & Renovating Show 2019, which took place at the NEC from March 28-31.

Trade visitors accounted for 19% of visitors, while more consumer pre-registrations than ever before were seen. In total, 34,300 people attended the event.

Strong exhibitor interest in the event demonstrated that suppliers of products and services are increasingly finding healthy opportunities within the self-build and renovating market and largely remain undeterred by economic instability. This positive outlook was further evident through the aspirations of self-builders and renovators themselves, with over 80% per cent of visitors anticipating a live project being under way within the next 12 months, an average project spend of £123,695, and each visitor spending an average of 4.4 hours at the event.

The best-attended seminars included those on home improvements to kitchens and bathrooms, while group sessions at the new Land Hub stage were also a huge success.

The Homebuilding & Renovating Show still has a calendar of events spanning the UK this year. The shows will also be visiting Surrey from June 29-30, London from October 4-6, Edinburgh from October 19-20, Harrogate from November 1-3 and Somerset from November 16-17. 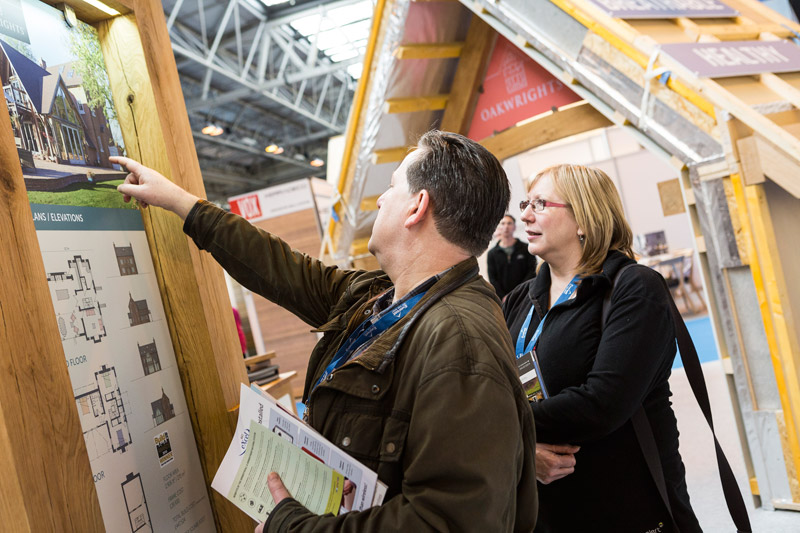 There are healthy opportunities within the self-build and renovating market