National housebuilder Persimmon plc has reported a 49% boost in annual underlying pre-tax profits to £330m (2012: £222m) and says it is increasing production at its Space4 timber frame factory.

Average selling prices were 4% higher to £181,861. Second-half build rates were 30% higher than the first of 2013, as Persimmon cranked up operations in response to increased customer demand resulting from improved mortgage lending, the introduction of Help to Buy and better levels of consumer confidence.

“The group entered 2014 with a very strong forward order book and the early weeks of the spring selling season have been encouraging, with our weekly private sales rate per site being 22% ahead of last year for the first eight weeks,” said group chairman Nicholas Wrigley.

“We anticipate a further year of encouraging sales growth in 2014.” Increasing use of the timber frame construction solution manufactured by Persimmon’s Space4 factory in Castle Bromwich has helped the group significantly increase build volumes.

“We are encouraged by the responsiveness of the Space4 factory to our higher build volumes and anticipate further increases in Space4 output to support the group’s growth over the coming years,” Persimmon said. 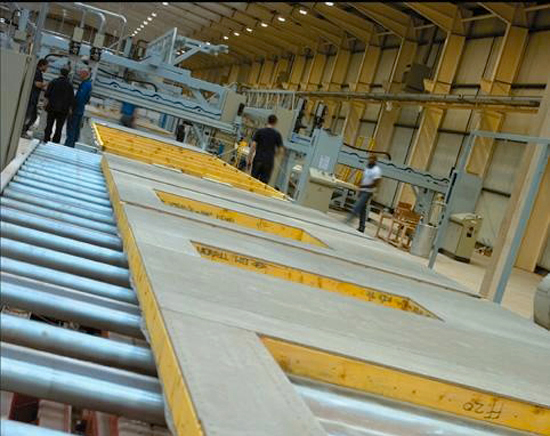 Persimmon is increasing the output of its Space4 timber frame factory