The winners of the annual Wood Awards have been announced. The judges have selected six structures and three products that represent the best of British architecture and product design in wood. Established in 1971, the Wood Awards is the UK’s premier competition for excellence in wood design.

The judges chose The Rye Apartments as this year’s Gold Award and Private category winner. The Gold Award is given to the winner of winners. Judge Jim Greaves comments, “Tikari Works have taken a gamble and done something very unusual and it’s paid off, the apartments are very popular."

The development of 10 apartments in London features CLT as the superstructure and for all the internal walls and staircases. The wood supplier was Stora Enso and the CLT sub-contractor was Eurban.

The Commercial & Leisure category was won by Frindsbury Manor Barn, a Grade 1 listed medieval barn that was damaged by fire in 2003 and a third of which was rebuilt using locally sourced green oak. The main contractor, joinery and wood supplier was Dolmen Conservation.

The Swimming Pool Hall at King’s College School in Wimbledon won the Education & Public Sector category. The timber contractor was B&K Structures and the wood supplier was Metsä Group.

The Interiors winner was Brockeridge Stair, a prototype staircase which is part of a UK government funded R&D project to enable digital fabrication directly from BIM modelling environments. Hanson Plywood was the wood supplier.

This year’s Small Project winner is Wooden Roof, with Accoya and ash supplied by Arnold Laver, while the Structural Award winner is the National Automotive Innovation Centre. Its glulam CLT lattice roof is one of the largest timber roofs in the world. The timber engineer was engenuiti and the wood was supplied by Rubner Holzbau, Ober-Grafendorf and Binderholz.

The Production furniture winner was Tenon Table, which was made with ash and Italian oak. 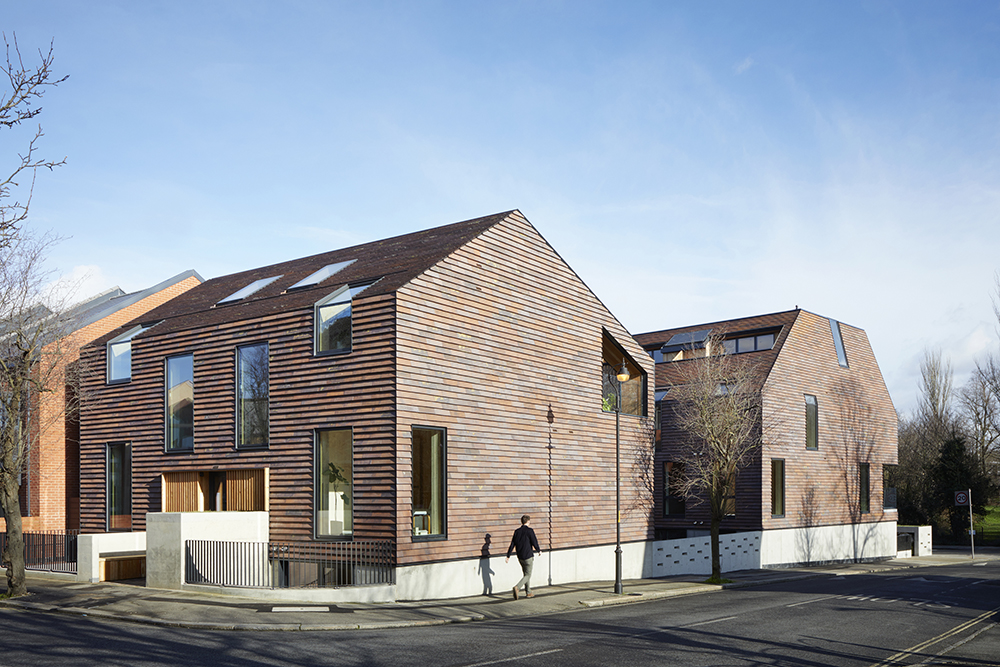 The Rye Apartments won Gold at the Wood Awards 2020