How exactly do you catch a wave? In the body boarding sense I mean.

Like many, I joined the throng and headed on holiday recently. For me it was the north coast of Cornwall and the enticing Atlantic surf stretching between Newquay and Padstow.

After numerous failed attempts and mental notes to watch how to surf videos it became clear that it wasn't only the timing of catching a wave, but also which part of the wave you caught and how you held your body, not to mention kicking.

While mulling such important matters and wondering why every lifeguard in Cornwall seems to be Australian, I was reminded of timber construction.

Looming over the beach at Mawgan Porth is The Scarlet Hotel - one of the finest examples of timber frame engineering and a statement of modern eco luxury and sustainability.

Six years ago I interviewed the architect and builder here and was impressed how they had embraced timber frame technology, as well as wood in general.

The building has attracted widespread interest in the architectural world and in the media.

In this issue of TTJ we have our Sector Focus on timber in construction and from the latest figures it is clear that timber frame is most certainly riding a wave. Timber frame's market share of new build housing is 24.8% - the highest level since the Structural Timber Association started keeping records 10 years ago. STA is targeting 30% by 2019 and it sees no reason why it shouldn't achieve it.

As well as the speed, quality, thermal and sustainability advantages afforded by timber frame, the construction sector skills gap is also driving housebuilder interest. According to Robyn Dodyk of Oregon Timber Frame, labour and material shortages mean the true value of timber is being considered now.

In our Face to Face interview this month, Arup timber specialist Andrew Lawrence says timber has developed from being a specialist construction material to being a mainstream one. He says that on virtually every other project Arup is thinking whether timber will work.

"It's becoming a standard construction material for larger structures, alongside steel and concrete," he said. Meanwhile, in our report on the roof truss sector, sales have followed the upward trajectory in housebuilding.

One contact told us that sales were up 20% year-on-year. Others shared how they have been investing in production technology and design staff to keep pace with demand.

In Ireland, construction expanded by 10% last year and the market is forecast to have the strongest growth across 19 European countries up to 2017, which is welcome news following the lean years there following the housebuilding crash. 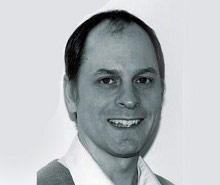