Economic headwinds are building for the UK sawmill sector, but Defra now has the resources to make a difference for the industry by stimulating productive tree planting, writes Confederation of Forest Industries chief executive Stuart Goodall

While post-Covid life has returned to near-normal, the market shift in UK demand we’ve seen since last year is severe. After a weak autumn in 2021, early optimism for a spring 2022 bounce-back faded for UK sawmillers and hasn’t returned. We are now entering the autumn/ winter period when demand is traditionally weaker. The domestic panelboard sector has had a better time of it, but perhaps it is only woodfuel businesses that have a spring in their step as the nights draw in.

As UK sawmills took action to manage production capacity, this reduced the output of co-products such as woodchips and sawdust and shavings, placing greater demand on roundwood and recycled fibre. This is reflected in stronger prices for small dimension logs, while sawlog prices are falling due to weak demand.

Looking ahead – for now the softwood market appears to be continuing its downward trend. With high stocks of imported material on the quays and a lack of customer confidence, prices are unsurprisingly very weak.

The silver lining of the horrendous Russian invasion of Ukraine and rocketing energy prices was to be a market stabilising effect of reduced import volumes due to bans on Russian wood, but that doesn’t appear evident yet. Economic constraints on Baltic wood and higher log costs in Scandinavia could help to bring supply and demand back into balance and bottom out prices, but I have to say that forecasting appears more and more to be a mug’s game these days.

The headwinds for the industry are clearly there, even if it’s difficult to predict their future strength. Countering that, the Levelling-Up minister Michael Gove has reiterated the 300,000 homes target and MP Chris Skidmore’s review, whether it results in a “business-friendly” net zero Truss style or simply reinforces the business opportunities that are apparent to the forestry and timber industry, it could usefully support greater timber production and consumption.

The gathering cost-of-living crisis has not been aided by the Truss premiership, which provided seasonal fireworks but left more than a damp squib behind. After briefly flirting with the kind of politics that the UK has traditionally associated, smugly, with some other countries, it’s hoped Sunak and Hunt will put away the sparklers and focus on stability. However, it’s not clear what their plans will mean for growth. Balancing the books is important in calming the markets, but a return to austerity, set against a backdrop of collapsing consumer confidence, could foretell tough economic times if there are no accompanying plans for growth.

Clear win-wins for jobs and the environment can come from stimulating productive tree planting if the new Defra ministerial team reverse the previous forestry minister’s apparent attack on the softwood-based industry and look to new hardwood plantings to be resilient to pests. For the first time ever, Defra has the resources of people and money to effect real positive change, but will ministers point them in the right direction?

As ever, only time will tell. 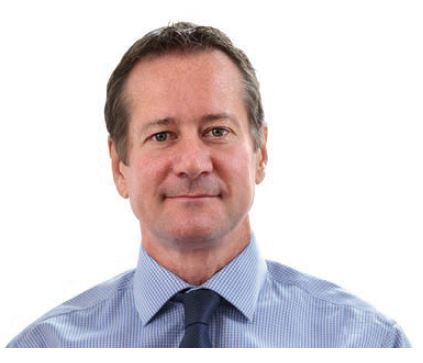