The Global Timber Forum (GTF) was clear about what it did not want to be at its launch in Rome last week. Various phrases were used, but the most popular were “just another conference” and “a talking shop”.

The GTF is billed as an "international networking and communications platform" for the timber sector. It's co-conveners, the European Timber Trade Federation (ETTF) and United Nations Food and Agriculture Organisation (UNFAO) said they do see it as a channel for the industry to share ideas, knowledge and best business practice.

But its backers also said its focus has to be as much outward as inward. Its aim must be to create a strong single voice for the global trade, not just to talk amongst itself, but to speak out to the market and decision makers.

One of the 80-plus delegates from around the world at the launch summed up the ambition. "We often hear the story of the timber industry being told, but it's being told by other people, by politicians, NGOs, other industries. We have to tell it ourselves."

Over the two-day event, there was no shortage of issues where it was felt the international industry needed to get its story across. First there was its role and responsibility in the maintenance, management and growth of the global forest. Also high up the agenda was the proliferation of anti-illegal timber regulation worldwide. All measures to stamp out illegal logging were welcome. But a way was also needed to make the various national or regional rules work more harmoniously together, rather than present suppliers with a bewildering array of different criteria.

But it wasn't all about challenges and potential obstacles. Major opportunities were also raised that an industry speaking in unison could exploit more effectively. The green building revolution offered one. Globally architects and designers are looking for building products and systems that are less wasteful, generate less CO2 and embed more. Many are already discovering timber and wood products as the answer. But clearly many more would follow suit if the timber industry as one was spreading the word and the knowledge.

It also has so much to gain, agreed GTF delegates, from delivering common marketing and public relations messages on its environmental and technical performance.

Just this week, we have an instance where having a global body doing just that could have made such a positive contribution. Danzer has acknowledged that its operations in the Democratic Republic of Congo may have breached the social responsibility criteria of its FSC certification (p8). Although, the debatable justice of the FSC's subsequent suspension of its certification across the rest of its unblemished business is another matter.

That, however, should have been that. But in addition, Danzer, a pioneer of sustainable tropical timber sourcing, has also had to endure its name being ploughed into the mud by the negative ultra-greens, always hungry for a timber sector scalp. How useful would it have been to have a global timber network speaking up for the hugely positive work the sector is doing on the environmental front, and presenting a more balanced version of its overall performance?

The GTF launch closed by nominating representatives from the different continents to start the process of bringing it fully to fruition. It's been a long time coming so, the consensus was, they shouldn't hang around.

As ETTF secretary-general André de Boer concluded: "The decision is made, now we have to get on with it." 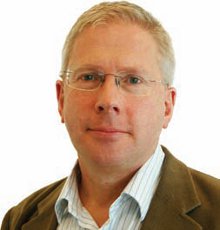