The Olympic project shows what can be done when the timber industry combines its talents, says Peter Bonfield

So, here we are, the Olympics are under way and it's a real delight to see the Olympic Park up and running so well.

What a beautiful site it is too. That wide array of building types and architectures, surrounded by meadows, grass land and trees.
It all looks so good. And one of the very best views is looking up from the river, across the grass and flowers, to see that wonderful
organic structure - the velodrome - rising up into the sky. Organic because of its curved shape and of course because it is clad in
western red cedar. It is a superb exemplar of timber in construction.

Most of the coverage of the velodrome will be focused on the track itself which is another timber engineering marvel, constructed using
Siberian pine selected for its stability and low friction which should help yield world records. That certainly happened in the practice event - part of the World Cup series - held earlier this year where three world records were set.

The timber industry, as Mike Jeffree wrote in a recent editorial, has achieved its own gold medal. This is because of the very constructive and positive way in which you helped the Olympic Delivery Authority to achieve its very ambitious goal of achieving 100% use of certified wood with full chain of custody.

You may recall that the project received independent certification against both FSC and PEFC and that this 100% target had been
achieved. It is a world first, and a tremendous achievement which shows just what the sector can do if given the chance.

I am often told by members of the industry that the timber sector is different - disadvantaged against other materials sectors which have bigger players. Well this may be. But what I have experienced, first hand, is just how good you are when you combine your
collective talents, as exemplified on the Olympic project. The outcomes achieved were a result of a real team effort of a range of parties who shared a common objective and focused on how to achieve it together. The team included those companies on our Timber Panel and also those who did not make the Panel but who helped with deliveries through them or who were just supportive: the trade bodies, the marketing teams, the certification bodies, the auditors, the media (like TTJ) and others. Of course there are individuals within these groups who deserve special mention, but there was a strong collective will by many to make it happen. And together we made the outcome of 100% use of sustainably sourced wood. Magnificent!

So I hope you are enjoying the Games and that this note has helped you recognise your contribution to Britain's success.

The opportunity is to do it again - maybe this time on all projects across the country. Why not? We, together, have shown what can
be done on the Olympics; the question is, how can you be that powerful collective again that is so much stronger than any individual
company in another sector. You have a great achievement to build on in 2012.

Good luck and thank you for what you all did for London 2012. 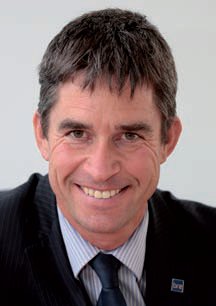