With certified sustainability and legality increasingly a default requirement in the global timber trade, a new approach to certification is evolving in the US. Mike Jeffree reports

A certification scheme is under development in the US designed for small-scale forest ownership and operating models which are unsuited to existing systems, such as FSC and PEFC. The aim, said the American Hardwood Export Council (AHEC), which has initiated and is leading the Sustainable Hardwood Certification project (SHC), is to assure end-users that hardwood from low-intensity managed forests is legally and sustainably sourced.

“SHC responds to the technical constraints to certification in situations where wood supply is from vast numbers of small private family forests, where owners harvest once in a generation, practice very low intensity management and are not driven by commercial timber demand,” said AHEC.

“Hardwood forests managed in this way offer considerable benefits in terms of enhanced carbon sequestration, resilience to climate change, biodiversity, soil and watershed protection, and rural development. The diverse hardwoods from these forests are also well-suited to use in durable, high-value, long-lasting products with major potential to contribute to carbon storage and climate mitigation.”

The US has more than 9 million private forest owners, the vast majority holding small plots and practicing low-intensity harvesting. Established certification schemes are unsuited to such fragmented forestry environments, said AHEC, due to the fact that they impose a long list of technical requirements on individual forest owners, incurring costs out of proportion to size of forest holding.

SHC, it said, offers a “low-cost, robust solution that can work at scale and ensure recognition of sustainability of large areas of previously uncertified forest in ever more demanding markets”.

The scheme is based on risk assessment and takes a jurisdictional approach. SHC will draw on systematic expert analysis of increasingly high resolution satellite and forest inventory data, and forest governance, enforcement and other regulatory and non-regulatory measures at state level in the US to certify multiple small forest holdings engaged in low intensity forest operations. It fills the gap in forest certification which at present is almost exclusively confined to larger state or industry-owned forests. The latter, which are already largely covered by FSC and SFI in the US, would not be certified by SHC.

According to AHEC the SHC:

With markets worldwide imposing ever stricter requirements for proof of imported timber legality and sustainability, said AHEC, there is growing reliance on certification resulting in a particular challenge for small forest owners. The increasingly recognised solution for these owners, it maintains, are “new forms of verification, such as due diligence systems, risk-based verification and jurisdictional certification”. The approach is already being widely adopted in other sectors, including wood biomass and agricultural commodities.

On proof of provenance, SHC is developing a chain of custody standard designed to align closely with existing certification standards so that it can be readily integrated into procurement and management systems throughout the supply chain.

AHEC is also exploring the potential to make greater use of new technology to ensure the integrity of certification claims. AHEC is working with science-based wood traceability specialist World Forest ID which is building a library of samples of hardwoods from around the world, against which traded timber can be compared to prove species and origin using such techniques as stable isotope ratio and DNA analysis (TTJ January/February 2022). In the US, World Forest ID is developing a library of key commercial hardwoods from across the country and has undertaken a pilot with white oak and tulipwood in Kentucky.

AHEC also believes SHC, which is nonprofit, has potential in other hardwood producing regions. “We’re mindful that the hardwood sector in other countries where there is a high dependence on smallholders may face similar market access issues as the US sector and later wish to participate in the programme,” it said.

SHC is now seeking endorsement from across the hardwood supply chain and has a downloadable Statement of Support on its website (www.shc-cert.org). If given sufficient backing, development of SHC will be rolled out over the next two years with a target to deliver the first SHC certified hardwood into the market before the start of 2025.

One objective is to ensure that the framework is operational by the time the EU’s new Deforestation Regulation (EUDR) is implemented. Alongside development of SHC, AHEC is also working through diplomatic channels to ensure that jurisdictional based forms of certification like SHC are given appropriate recognition in the text of EUDR and equivalent legislation to avoid discrimination against hardwoods from smallholders. The US has over 9 million private forest owners 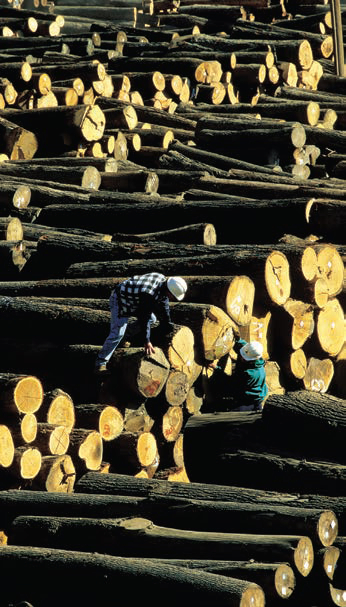 The US remains the biggest hardwood exporter 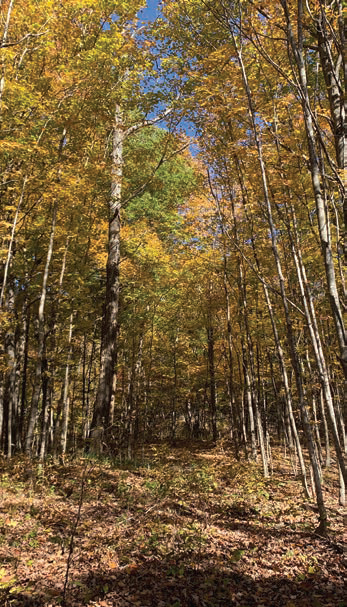 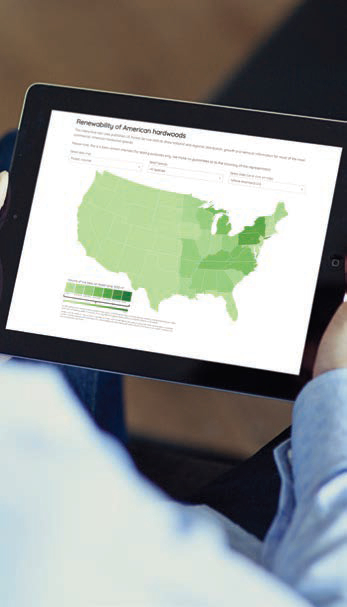