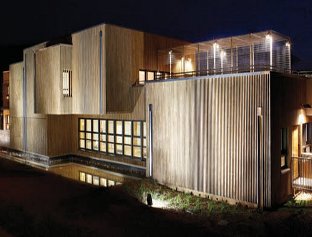 Supply and demand 20 November, 2015 Manufacturers and distributors are key players in the kitchen sector and eager to capture more business.

Investing in innovation 20 April, 2015 Market conditions have improved for panel producers who are demonstrating their confidence by increasing capacity and stepping up product development. Sally Spencer reports

Talking about a Revolution 20 February, 2015 Around the world efforts are being made to create a fourth industrial revolution that will radically change manufacturing as we know it. Large wood-based panel producers are already plugging in to the process. Stephen Powney talks to Siemens about “Industrie 4.0”, as it is known in Germany

The other side of the coin 05 May, 2014 For every argument there is a counter argument and woody biomass is no exception. Norbord UK managing director Karl Morris talked to Sally Spencer about his objections to burning wood for electricity.

Powering forward 05 May, 2014 Love the idea or hate it, burning wood for energy generation looks to be here to stay. Drax is often cited as the timber sector’s potential nemesis so Sally Spencer asked its external communications manager Matt Willey for the power generator’s side of the story.

The regeneration game 11 January, 2014 Norbord’s OSB mills have entered a period of major cash regeneration, thanks largely to the turnaround in the housebuilding sector. Sally Spencer reports

Fresh starts for finishes 15 June, 2013 Andy Ransom, purchasing manager for panel products at IDS, provides a round-up of some new product highlights from Kronoswiss and the benefits they offer

Keeping the customer satisfied 15 June, 2013 Norbord is focusing on giving its customers what they want in terms of product development. Sally Spencer reports